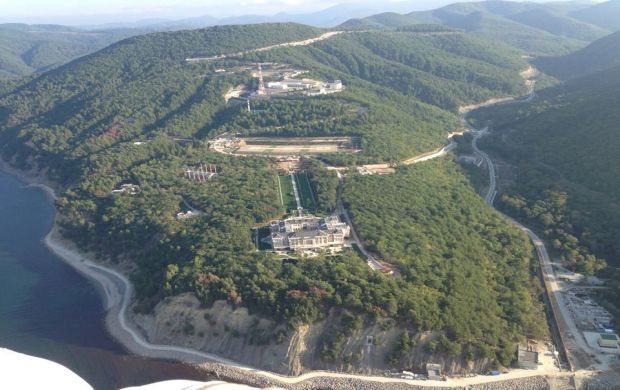 Aerial view of Putin's palace at the Black Sea / Photo from facebook.com/alburov

"Check it out: the picture of Putin's palace near Gelendzhik (recorded as an offshore company's property), it hasn't been published anywhere before," he wrote.

Designer David Khakim later wrote on Facebook this is the property for whose identification Russian public figure, member of the Russian opposition's Coordination Council and Europe 2014 Goldman prize recipient Suren Gazaryan has been facing a criminal case in Russia since late 2012.