The projectiles were fired twice early in the morning from the North's southwestern region of South Hwanghae Province. 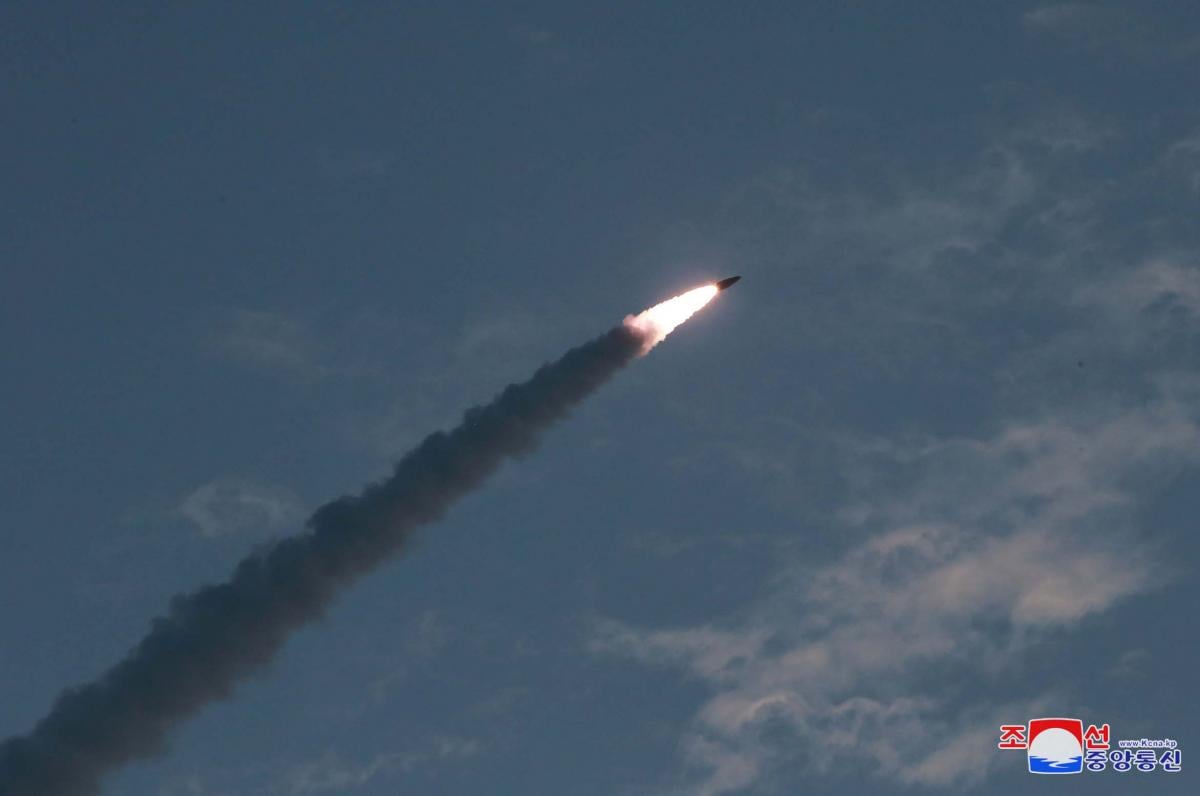 North Korea fired unidentified projectiles into the East Sea on Tuesday, South Korea's military said, in an apparent show of force against the ongoing joint military exercise between Seoul and Washington.

The projectiles were fired twice early in the morning from the North's southwestern region of South Hwanghae Province, the Joint Chiefs of Staff (JCS) said. Their exact type, flight range and maximum altitude were not immediately known, Yonhap News Agency reported on August 6.

"Our military is monitoring the situation in case of additional launches and maintaining a readiness posture," the JCS said.

The presidential office Cheong Wa Dae held an emergency meeting to discuss the latest launch, according to its spokesperson Ko Min-jung.

In Washington, a senior U.S. official said it is continuing to monitor the situation and is consulting closely with its allies regarding the matter.

It is the fourth such launch in less than two weeks. On Friday, North Korea fired two short-range projectiles into the East Sea, just two days after it launched two short-range ballistic missiles, according to the JCS. On July 25, Pyongyang also fired two rounds of a new type of ballistic missile, resuming its weapons testing after around 77 days.

The South Korean and the U.S. authorities believe that the North test-fired a new type of short-range ballistic missiles, known as its version of Russia's Iskander, in recent weeks. But Pyongyang has claimed that what it fired on Wednesday and Friday was a "newly-developed large-caliber multiple launch guided rocket system."

Tuesday's firing came a day after South Korea and the United States began their combined military exercise as scheduled despite North Korea's warnings against it.

The "crisis management staff training" kicked off Monday as a preliminary session in the runup to their summertime command post exercise, according to military sources.

The exercise, which is expected to continue for about three weeks, is meant to test South Korea's initial operational capability (IOC) for the envisioned transfer of the wartime operational control from Washington to Seoul, they added.

Issuing a statement right after the firing Tuesday, North Korea's foreign ministry said it could seek "a new road," other than engagement, calling the joint exercise a violation of a series of joint agreements they signed with the North.

"The U.S. and south Korean authorities remain outwardly talkative about dialogue. But when they sit back, they sharpen a sword to do us harm," the ministry said, according to the North's Korean Central News Agency in an English dispatch.

"If the U.S and south Korean authorities trust to luck, disregarding our repeated warnings, we will make them pay heavy price which will in turn make them very much difficult," it added.