Under Kyrgyz law, a person who refuses to comply with two subpoenas can be forcibly detained for questioning. 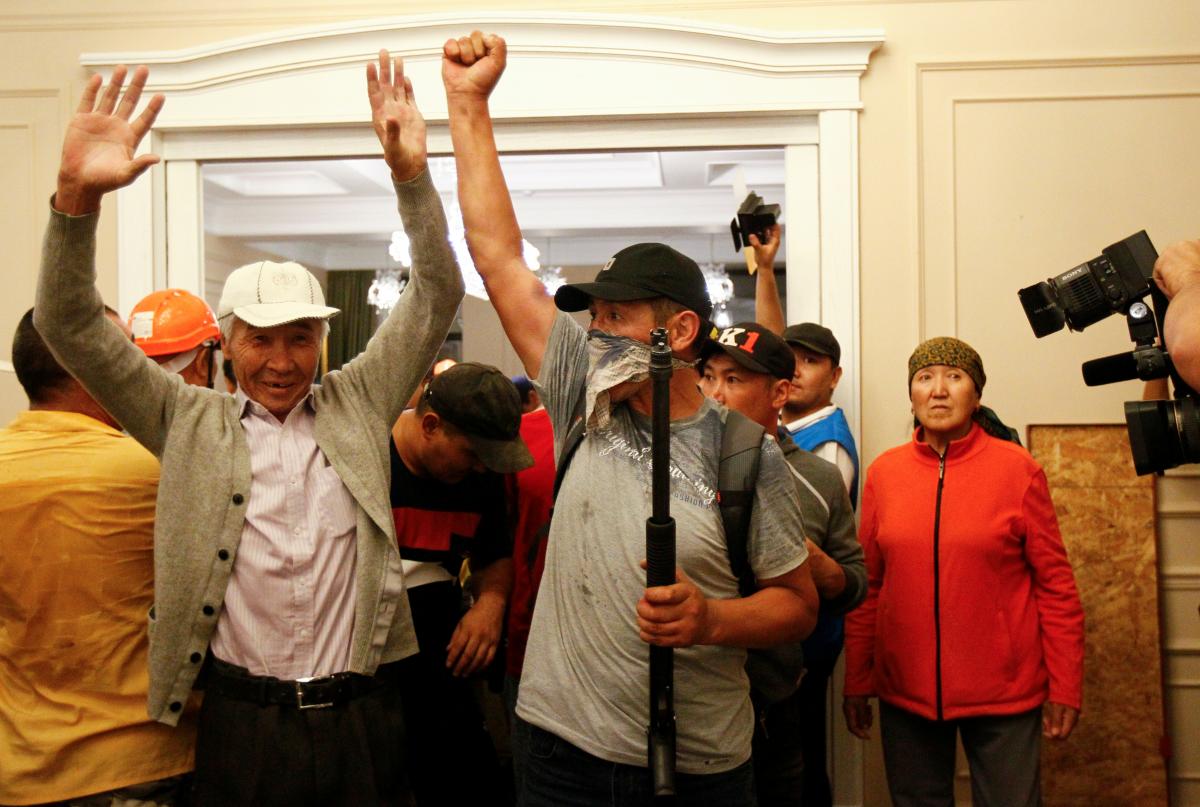 Kyrgyz forces withdrew from the village where former President Almazbek Atambaev resides early on August 8 after an unsuccessful attempt to arrest him in a raid that left one serviceman dead and 45 people hospitalized with injuries.

The decision was based on negotiations with Atambaev supporters who agreed to free all six servicemen whom they had taken hostage during the failed special forces operation on August 7, Radio Free Europe / Radio Liberty (RFE/RL) said.

Authorities moved on the former president’s compound to carry out a subpoena in an unspecified investigation, but were met with bloody resistance by Atambaev’s supporters.

Afterwards, Atambaev released a video statement on August 8 that Aprel TV aired in which he called the attempt to arrest him unconstitutional and illegal.

Atambaev said he has offered to provide written responses to questions, but "the authorities did not heed my calls to act within the confines of the law…I am ready to answer any questions, because there was no corruption," he said.

He also called on the authorities to ensure that the "special forces do not shoot at your own people."

Apart from the serviceman who died of his wounds, the Health Ministry said 35 other people were wounded in the clash, including 15 police officers.

Chuy regional police chief Samat Kurmankulov was among the injured servicemen. Doctors operated on his head and he is listed as in critical condition, the Health Ministry said. His head trauma was from rocks thrown at the oncoming police.

Atambaev was in the courtyard shaking hands with supporters when the assault on the compound began.

Sporadic gunfire could be heard during the initial invasion and continued into the night as supporters poured into the area.

Police were seen firing tear gas into crowds that had gathered outside the heavily fortified compound as they looked for a way to enter it.

Video appeared to show dozens of supporters had managed to get into the compound.

Kyrgyz ​President Sooronbai Jeenbekov cut his vacation short to chair a National Security Council meeting that started on the morning of August 8 in Bishkek.

High on the agenda was the issue of "ensuring security and the rule of law in connection with the situation that occurred on August 7, 2019."

The office of Jeenbekov said in a statement that he had interrupted his vacation and is returning to Bishkek from a resort at Yssyk-Kul Lake.

Atambaev, who was limited to a single six-year presidential term by the constitution, vocally backed Jeenbekov in an October 2017 presidential election.

But the two have traded accusations of incompetence and a lack of professionalism in recent months.

The storming of the compound comes after Deputy Interior Minister Mirlan Kanimetov and several other officials visited Atambaev on July 22 after he had refused to obey a subpoena for a third time.

Under Kyrgyz law, a person who refuses to comply with two subpoenas can be forcibly detained for questioning.

Atambaev faces five counts of criminally abusing his office when he was Kyrgyzstan's president from 2011 to 2017 – including corruption, abuse of office, and illegally enriching himself.

Atambaev has rejected all charges against him, saying they are politically motivated.

If you see a spelling error on our site, select it and press Ctrl+Enter
Tags:presidentKyrgyzstan