The plane, which was destroyed by a drone strike, was owned by Ukrainian company Skyaviatrans. 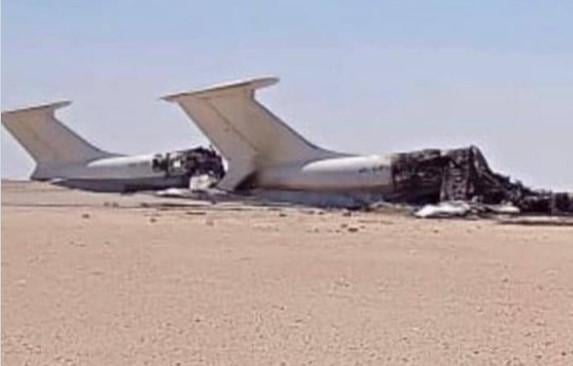 Libyan strongman Khalifa Haftar's forces said they destroyed a Russian-made transport plane carrying arms for their rivals in the west.

Haftar's self-styled Libyan National Army, which has been waging a months-long offensive to take the capital, said it destroyed an Ilyushin 76 plane with a single strike and warned "foreign countries" of arming its rivals, according to a statement published on the pro-LNA Marsad news site, Bloomberg wrote.

The Libyan conflict has drawn increasing foreign intervention, with Turkey supporting the Tripoli-based government against Haftar, who's backed by Egypt and the U.A.E.

The plane, which was destroyed by a drone strike, was owned by Ukrainian company Skyaviatrans and was carrying a humanitarian cargo for the Libyan Red Crescent, Ukraine's Liga news agency reported, citing Chief Executive Officer Olena Malakhova. Dmytro Zolotukhin, Ukraine's deputy minister of information, confirmed the company's version of events in a Facebook post.

The night-time attack in the city of Misrata came days after Tripoli said it conducted strikes on Haftar's main forward air base in Jufra, destroying two Ilyushin 76 planes operated by charter companies registered in Ukraine.

The Ukrainian foreign ministry earlier told Bloomberg that two IL-76 planes had been "shot" in Libya and a pilot was killed, in an apparent reference to the July 26 air raid on Jufra.

Libya's warring sides have limited military capabilities due to a United Nations arms embargo and rely on foreign attack drones to conduct such strikes. The Tripoli-based government is assisted by Bayraktar drones produced in Turkey and Haftar's LNA is supported by Chinese-made and U.A.E.-operated Wing Loongs, officials have said.

If you see a spelling error on our site, select it and press Ctrl+Enter
Tags:RussiaUkrainestrikeLibyaplanehumanitarianaiddestructionforces