Casualties have been reported. 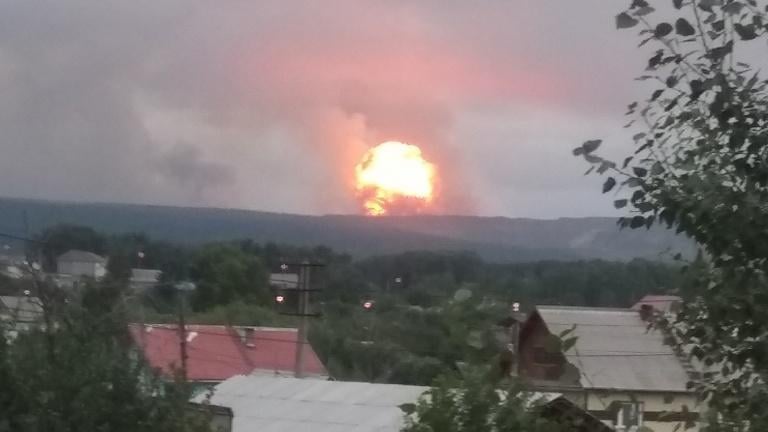 According to preliminary data, six people were injured in the explosions, Mash Telegram channel reports.

Four of those injured were hospitalized, while another two people affected received medical assistance on the spot.

Evacuation has begun in the area.

Local authorities report that the explosions occurred amid demining efforts in response to the previoius blasts.

As UNIAN reported, on August 5 at about 13:00 (Kyiv time), fire broke out at a storage for artillery ammo powder charges in Krasnoyarsk Territory.

One person was killed amid the blasts that accompanied the fire.

If you see a spelling error on our site, select it and press Ctrl+Enter
Tags:Russiaexplosionmilitaryammoincident