The announcement comes a day after tens of thousands of opposition supporters gathered outside Moscow's center for a sanctioned rally demanding fair municipal elections. 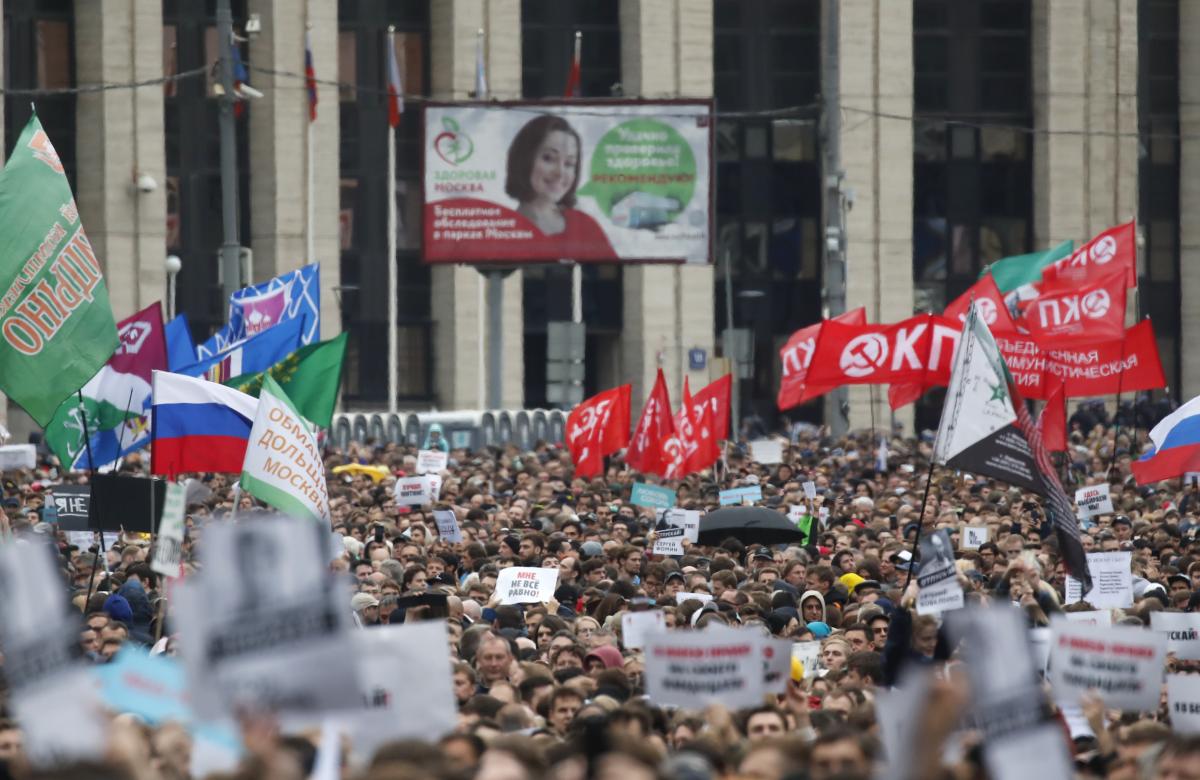 Russia's communications regulator, Roskomnadzor, says it has asked Google to take measures to prevent the advertising of "illegal mass events" on its video-hosting site, YouTube.

Roskomnadzor said on August 11 that it had sent a letter to Google saying that Russia would consider it interference in its sovereign affairs and a hostile influence should the U.S.-based tech giant fail to respond to the request, Radio Free Europe / Radio Liberty (RFE/RL) said.

The announcement comes a day after tens of thousands of opposition supporters gathered outside Moscow's center for a sanctioned rally demanding fair municipal elections.

Hundreds of people later gathered in more central parts of the city, prompting police to detain more than 250 people, according to the independent watchdog OVD-Info.

OVD-Info said 79 people were also detained in St. Petersburg, 13 in Rostov-on-Don, two in Bryansk, and two more in Syktyvkar as "solidarity" rallies attracted smaller crowds there and in other cities.

Earlier on August 11, Andrei Klimov, head of the Committee for the Defense of State Sovereignty in Russia's upper house of parliament, the Federation Council, said that "foreign opponents took advantage of information and computer technologies in order to manipulate Russian citizens who attended" the unauthorized Moscow protests, TASS news agency reported.

In July, Roskomnadzor fined Google 700,000 rubles ($11,000) for failing to censorcontent blacklisted by the agency in accordance with strict Russian Internet laws.

If you see a spelling error on our site, select it and press Ctrl+Enter
Tags:Russia drills CrimeaprotestrallyMoscowRallyGoogle