It also blames "America" for the sanctions imposed on Russia. 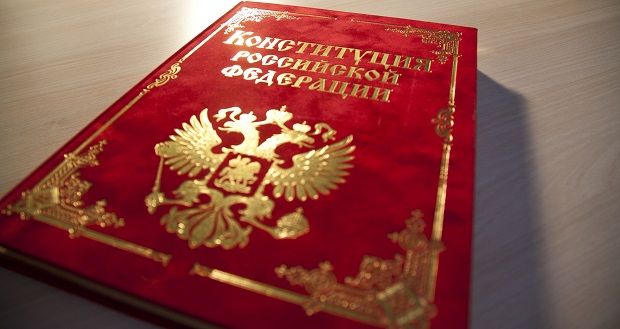 A new Russian textbook in verse for children claims that Ukraine "has stirred up war and vengeance" and that people have been banned from speaking Russian.  If this book is used in the occupied Crimea where Russia has been breaching international law by imposing conscription, children will also learn about they may lose their lives "defending Russia".

Izvestia reports that the book is supposed to be a version of the preamble and first two sections of the Constitution in verse and with illustrations for children aged 8-14.  It is planned to be used in optional classes. According to one of its authors and President of the Future Strategy Foundation, Anton Semikin, it aims to help children understand the role of a citizen in society, the Kharkiv Human Rights Protection Group reports.

The book was drawn up with the participation by experts from the Council of the Federation (Russia’s upper house of parliament); the Association of Lawyers of Russia; the Future Strategy Foundation and the Institute for the Development of Local Communities.

While the stated plan is to give children an understanding of fundamental rights, the verse in places sounds more threatening than positive.

"Those who violate the laws / will always be punished / and those who don’t know the law / will still answer in full".

The judiciary is represented in the poem by an owl, and the children are urged to "not even think that you can escape her sharp eyes”.

"None of this is wrong as such, and even the rather somber focus on military service and of soldiers possibly dying for their country would not necessarily arouse concern were it not for the recent context. Russia’s invasion and annexation of Crimea; its military aggression in Donbas, and earlier its war against Georgia, make the claim that Russians must defend their country against an external aggressor very difficult to take seriously.  Russia has deployed military servicemen in Ukraine without any provocation from the latter and without any declaration of war, and it is now bringing criminal charges against Ukrainians in occupied Crimea who do not wish to serve in the occupier's army," the report reads.

The lines "You will defend Russia / and, perhaps, die for it" are, therefore, cruelly mendacious.  It is known that Russian soldiers, including most of a paratrooper regiment from Pskov, were killed fighting Russia's undeclared war against Ukraine.  Russia has used presidential decrees, legislation and a combination of threats and blackmail to prevent the families of men killed from revealing the truth about where exactly they had died.

"All of this, in turn, makes the lies about Ukraine especially shocking," the human rights watchdog says.

"Now there is war in Ukraine

Where there are also many Russians

And their language was banned

And war and vengeance stirred up

And sanctions against Russia …

What is the root of these?

For America, the dream of being the main [country],

Although the reports suggest that at least two regions are already planning to use this "children’s constitution", the BBC Russian Service reports that the final version is not yet complete.  There is, unfortunately, no guarantee that such appalling propaganda will be removed.

If you see a spelling error on our site, select it and press Ctrl+Enter
Tags:RussiaCrimeawarDonbasRussianPropagandachildrenConstitution