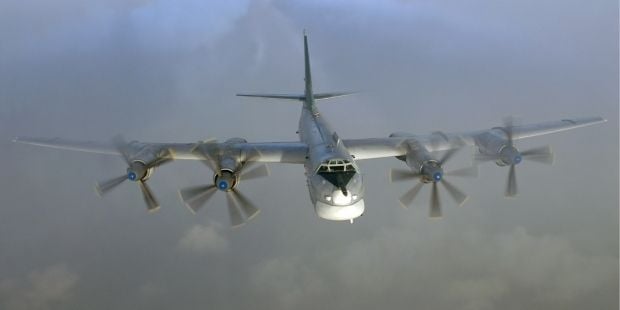 Russia has been tesing defenses, and nerves, by making military flights near European states / Photo from Wikimedia

The Nordic countries have agreed to cooperate in the field of security. The declaration was signed by Sweden, Norway, Finland, Denmark and Iceland.

"The agreement and the text – which has the form of a declaration – is a direct answer to aggressive Russian conduct in the vicinity of these Nordic nations," Aftenposten wrote.

In a statement, the defense ministers accused Russia of military and intelligence operations in the Baltic states and northern Scandinavian countries. Moscow's reaction to these statements is not known yet.

"Russian leaders have demonstrated that they are willing to make a practical and effective use of military methods to achieve their political goals, even if it would violate the principles of international law," the document says.

The defense ministers said that closer cooperation between the Nordic countries, and solidarity with the Baltic states could act as a deterrent and improve the security situation in the region.

As previously reported, on March 10, President of the European Council Donald Tusk stated that the unity of the EU and the United States will be able to stop Russia’s aggressive policy.

On March 17, former Polish President and Nobel Peace Prize winner Lech Walesa said that Western countries had no other choice but to answer Russia’s aggression against Ukraine with a forceful response.