U.S. Secretary of State John Kerry and Cuban Foreign Minister Bruno Rodriguez held closed-door talks on Thursday evening after arriving in Panama for the Summit of the Americas. 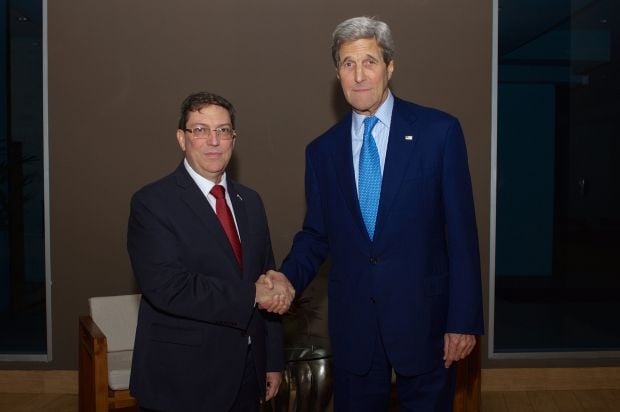 This was the highest level meeting between the two countries in more than half a century, Radio Liberty reported.

The parties agreed that they "would continue to work to resolve outstanding issues," a senior US official said.

The last comparable high-level meeting was in 1959, when Fidel Castro met then Vice-President Richard Nixon.

The Summit of the Americas was organized against the backdrop of improving relations between Cuba and the United States. Official representatives from Havana are taking part in this event for the first time.

As UNIAN reported earlier, the State Department recommended that Cuba be taken off the U.S. list of state sponsors of terrorism.