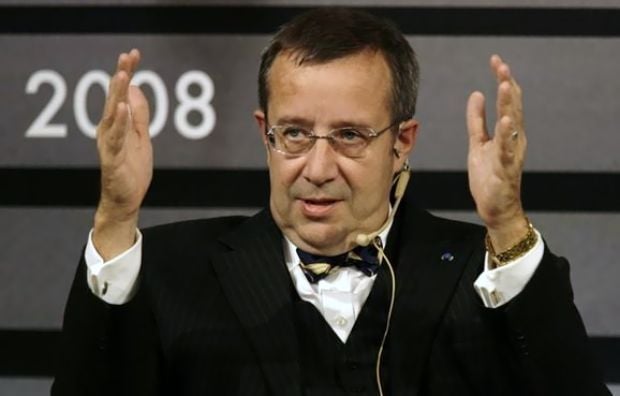 Estonian President Toomas Hendrik Ilves believes that the time has come for NATO to deter Russia by permanently stationing combat units in the Baltic states, according to his interview to The Telegraph, published on April 11.

"Despite the crisis in Ukraine and the ceaseless belligerence of Vladimir Putin, NATO has not permanently deployed any combat units in Estonia or any other Baltic member," Ilves told the Telegraph.

The Telegraph writes that like the other Baltic states, Estonia does not possess any jet fighters, so it relies entirely on NATO to guard its airspace. Last year, the alliance quadrupled the strength of its Baltic Air Policing Mission – but only from four to 16 warplanes. Russia, meanwhile, possesses 230,000 troops and 1,200 combat aircraft.

Estonia remains "arguably the most exposed country in Europe."

In the event of an invasion, Ilves believes that Russia would try to seal off the Baltic states before NATO's "very high readiness" force had a chance to arrive. "It's a great idea but it probably is, in terms of the realities, just too late," the Estonian president told The Telegraph.

"Hence the importance of NATO stationing at least a brigade now, as well as pre-positioning equipment and headquarters staff," The Telegraph wrote.