A nuclear-power facility opening in Belarus has the nearby Baltic city of Vilnius on edge. 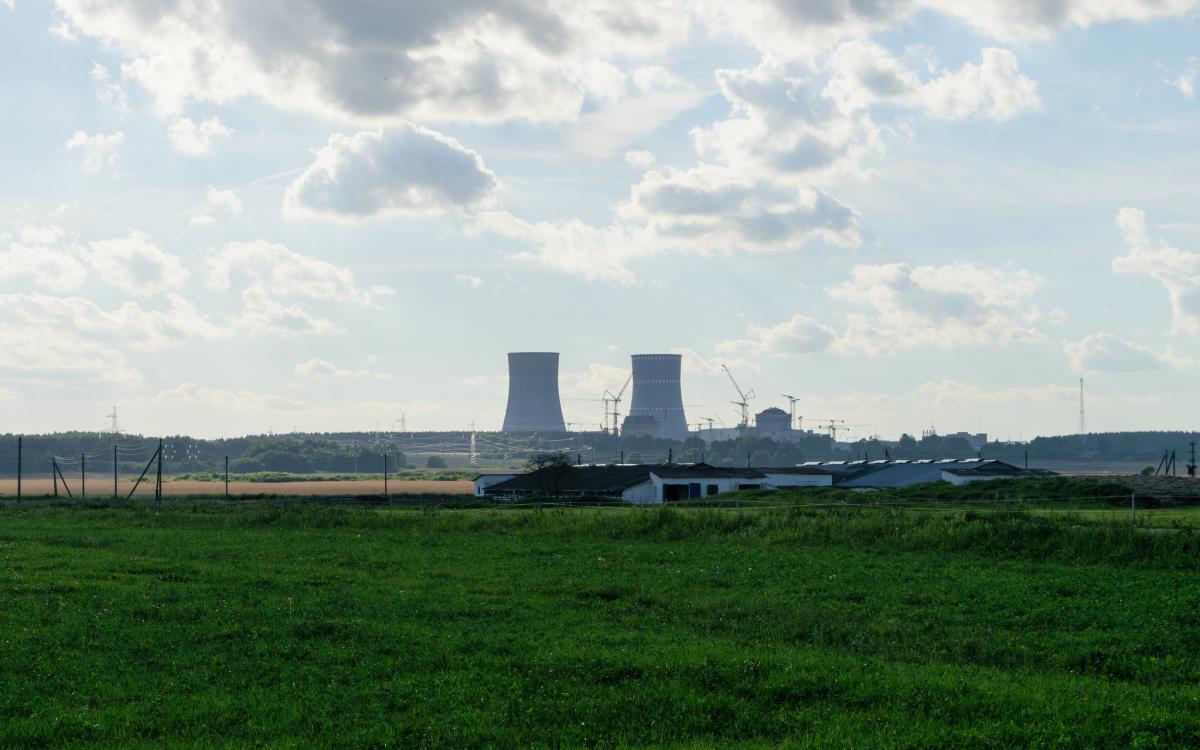 Its streets helped form the backdrop for this year’s hit TV show Chernobyl, which depicted a deadly explosion at the Soviet-era nuclear plant in 1986. Now, the Baltic city of Vilnius is preparing for its own potential real-life atomic catastrophe.

The Lithuanian capital is on edge over the imminent opening of a nuclear-power facility just 40 kilometers (25 miles) away in Belarus. Following a string of incidents during construction—and attempts to conceal them—many deem the Russian-built Astravets plant unsafe, Bloomberg reports.

The government is buying EUR 900,000 ($1 million) of iodine tablets in the event of a radiation leak, which could affect a third of Lithuania’s 2.8 million population. Nationwide drills will be held to test readiness should the unthinkable happen.

"Everything you saw on the Chernobyl TV series will be here: the sirens, the rescuers and the helicopters," said Edgaras Geda, head of Civil Protection Board, which is organizing the exercises. “People still remember Chernobyl. Many of our relatives, including my uncles, were sent to the rescue missions so we have first-hand experience. We’re not going to guess whether an accident could happen, we're getting ready for one."

The four-day drills will start Oct 1 and involve a Chernobyl-like scenario where a nuclear accident at Astravets sends out a radioactive cloud helicopters monitor. Sirens will sound, warning messages will be sent to all mobile phones and the national broadcaster will report on the disaster. In some areas, rescuers and the military will evacuate. In others, volunteers playing victims will be registered, washed and given fresh clothing before being taken to safe locations for medical tests and food.

Astravets's safety record is the concern. Since construction began in 2012, there have been at least three deaths. Lithuania is worried about transparency, with some incidents initially going undisclosed, including when the 330-ton casing for the plant’s atomic core slipped from a crane and plunged to the ground.

The 2,400-megawatt facility’s two reactors are being built by the export arm of Russia’s state-run Rosatom Corp., which also has projects in Turkey, China and Finland.

It’s the same company that oversaw Russia's failed nuclear-missile test on Aug 8. Five scientists were killed in that incident. Radiation levels spiked in the White Sea near the Arctic Circle.

Russia is providing the lion's share of Astravets's $11 billion cost via loans and will be the sole supplier of fuel. Lithuania, once part of the USSR and ruled from Moscow, refuses to purchase the electricity and wants its neighbors to refrain too.

For some in Vilnius, memories of the blast at the Chernobyl reactor in Ukraine more than 30 years ago—along with Soviet efforts to cover it up—are all too fresh. Residents will get a refresher this month when the whole of HBO’s miniseries is screened in a local stadium.

"I clearly remember the day Chernobyl exploded, it’s very disturbing," said Ona Rimkiene, a retired nurse. "Power plants are generally scary, but it’s scarier how close this one is."

Belarus, which plans to deliver the first fuel to Astravets by Oct 1, denies safety problems. Even so, it ignored international recommendations after the 2011 Fukushima disaster to stop building nuclear plants within 100 kilometers of major cities.

Lithuania has long complained to Europe about the threat—not least because Astravets is built on land with heightened seismic risks.

For now, Lithuania is monitoring radiation along the Belarus border and in the river that passes Astravets before reaching Vilnius. A leak could contaminate drinking water for the city’s 540,000 residents.

"The probability of nuclear accidents is low," said Sandra Norbutaite, head of public safety in Vilnius. "But the consequences are catastrophic. It’s best to be prepared."