U.S. lawyer Conway: "Trump should be impeached" for asking Biden probe in Ukraine

The lawyer insists on the president's removal from office "without delay." 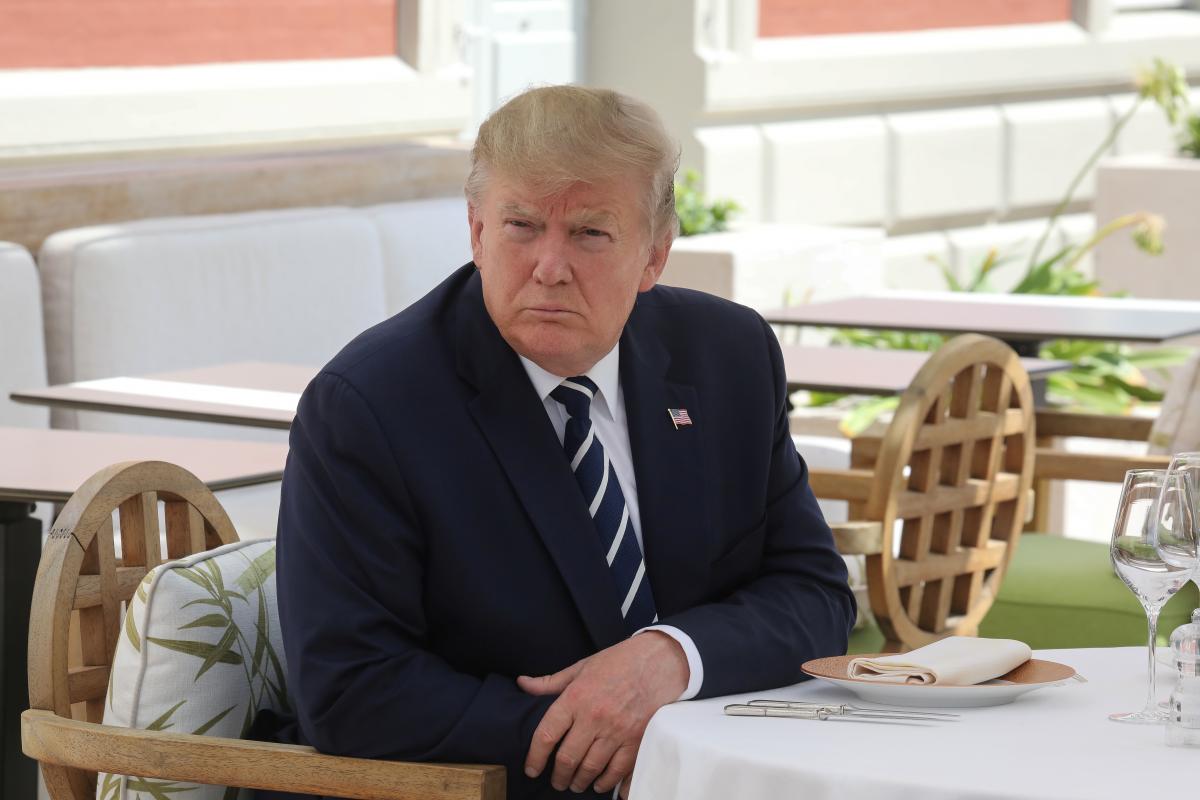 Prominent conservative lawyer, husband of an adviser to U.S. President Donald Trump George Conway suggests the president should undergo the impeachment procedure if reports on attempts to put pressure on Ukraine to open a probe against former U.S. Vice President Joe Biden's family are confirmed.

"If this actually happened, @realDonaldTrump should be impeached and removed from office without delay," he wrote on Twitter on September 19.

At the same time, he referred to the British publication The Independent, which reports the Trump administration is putting pressure on the Ukrainian government to initiate a probe against Biden's son, blocking military assistance to Ukraine. 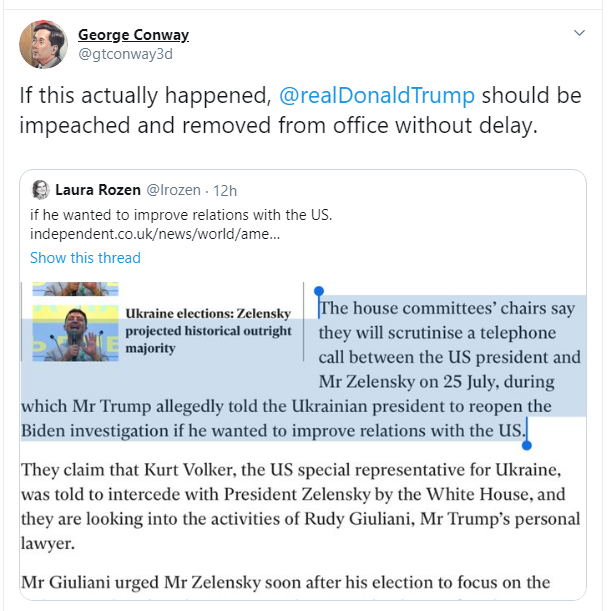 As UNIAN reported earlier, the Trump administration was slow-walking US$250 million in military assistance to Ukraine, annoying lawmakers and advocates who argue the funding is critical to keeping Russia at bay.

If you see a spelling error on our site, select it and press Ctrl+Enter
Tags:UkraineUSAprobeTrumpimpeachmentBiden