Asked whether the bolstered presence was meant to counter Russia, Trump said, "No, I don't think so at all." 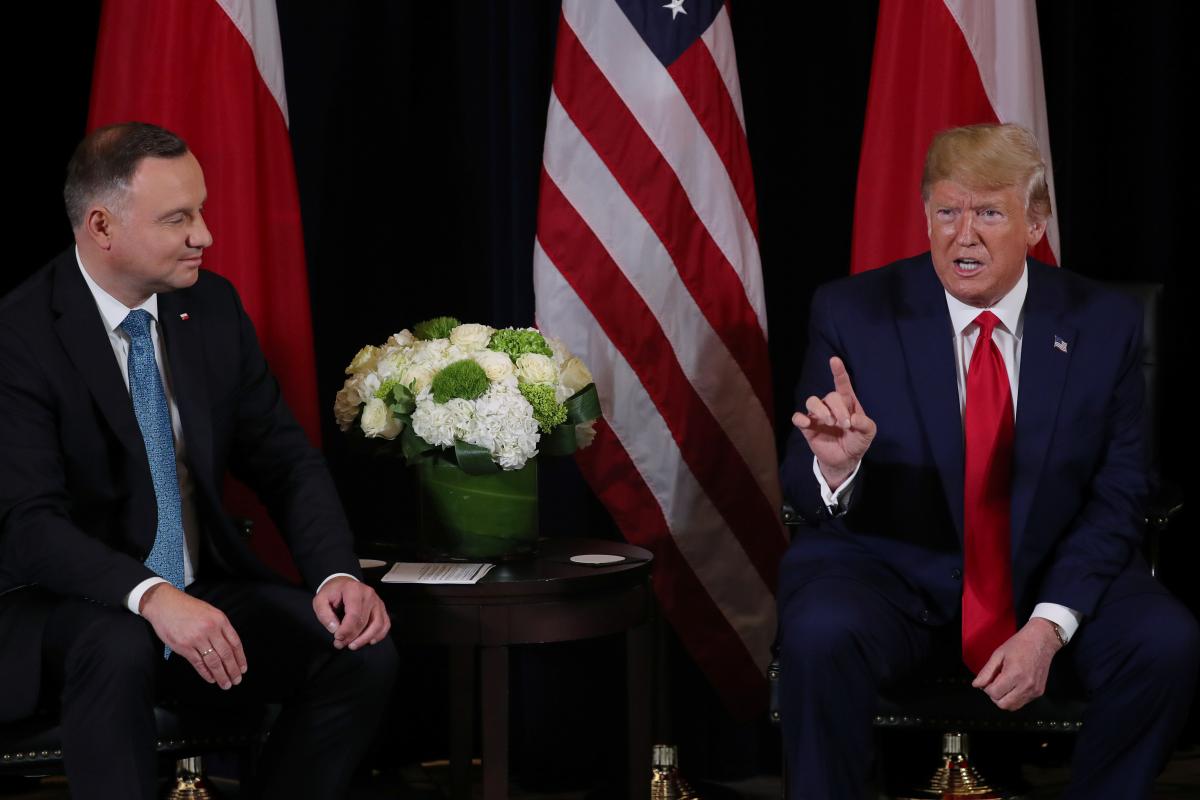 U.S. President Donald Trump has signed a cooperation agreement with his Polish counterpart Andrzej Duda that foresees an expansion of the United States' military presence in Poland.

The Joint Declaration on Advancing Defense Cooperation was signed on the sidelines of the UN General Assembly in New York on Sept 23, RFE/RL reports.

The present U.S. military capabilities (some 4,500 rotational military) "is expected to grow by approximately 1,000 additional U.S. military personnel in the near term," the document says.

It says the sides have already identified six locations where military presence will be enhanced, and are to discuss the suitable location for an armored-brigade combat team.

Trump said the extra U.S. military would "most likely" be transferred from other European bases, and that Poland will take up all cost of new facilities required.

Asked by journalists whether the bolstered U.S. military presence in NATO-member Poland was meant to counter Russia, Trump said, "No, I don't think so at all."

Hailing his "great relationship" with Poland, the U.S. president said he will reschedule his trip to Poland "fairly soon."