Obama: Russian S-300 missiles in Iran no problem for US

The presence of Russian S-300 anti-aircraft missiles would not present the United States with any problems, U.S. President Barack Obama said on Tuesday in an interview with U.S. television channel MSNBC. 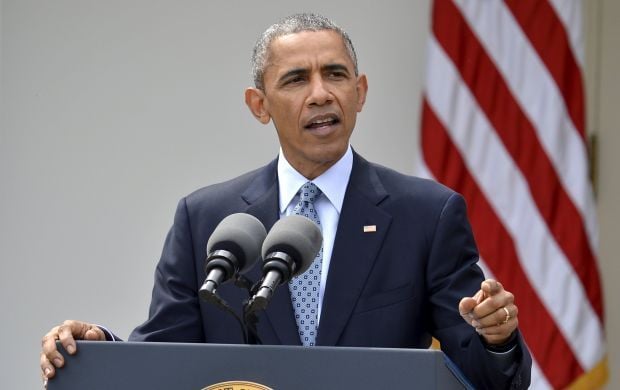 Obama had been asked about the possibility of Iran protecting its nuclear facilities with the help of Russian air defense systems, according to Russian news agency TASS.

"Our defense budget is somewhere just a little under $600 billion. Theirs is a little over $17 billion. Even if they’ve got some air defense systems, if we had to, we could penetrate them," Obama said.

According to Obama, he is not going to solve the problems in the region "with an even greater war."

"Washington wants to achieve such an agreement on a ‘nuclear dossier’ of Iran, which will ensure the security of U.S. allies - Israel and Saudi Arabia and other Gulf countries. In addition, the White House does not want to see a nuclear arms race in the region," Obama said.

In 2005, Russia agreed to supply to Iran at least five medium-range anti-aircraft missile systems worth more than $800 million. In the event of failure of the contract, it was provided for payment of liquidated damages in the amount of $300-400 million.

In September 2010, Russian President Dmitriy Medvedev banned the delivery of S-300 systems to Iran in accordance with UN Security Council resolution restricting the supply of sophisticated weapons to Iran. Russia returned to Iran an advance payment funds in the amount of $166.8 million.

The United States has repeatedly declared that it was unacceptable for Russia to supply S-300 anti-aircraft missiles to Iran.