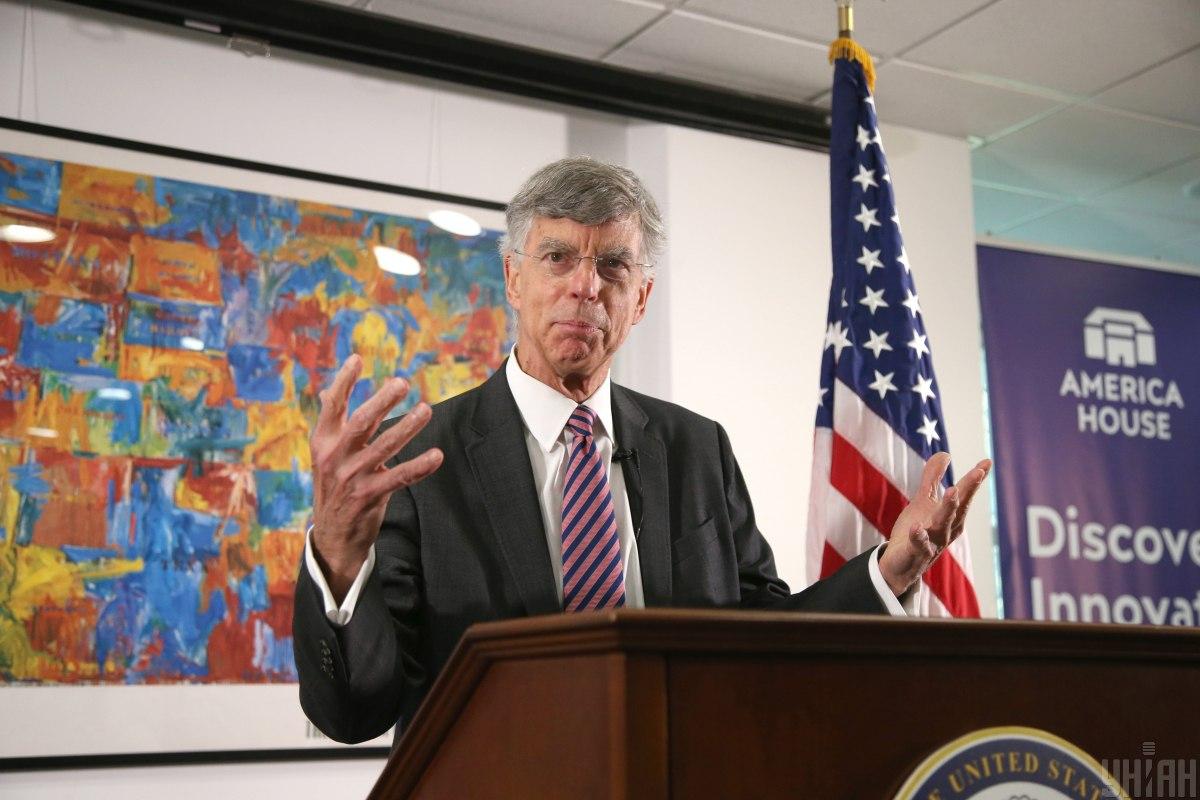 A top U.S. diplomat in Ukraine thought it was "crazy" to withhold military aid for the country as it confronted Russian aggression, according to evidence presented on Thursday in an impeachment probe of President Donald Trump.

Trump's former special representative for Ukraine negotiations, Kurt Volker, testified on Thursday for more than eight hours to members of the U.S. House of Representatives and staff of the House Foreign Affairs, Intelligence and Oversight Committees, as reported by Reuters.

Volker resigned last week after he was named in a whistleblower complaint about the Trump administration and Ukraine the prompted the House's Democratic leader, Speaker Nancy Pelosi, to announce the start of a formal impeachment inquiry.

As part of Thursday's testimony, Volker turned over text messages between himself, diplomats in Kyiv and others involved with Ukraine, including Trump's personal attorney, Rudy Giuliani, who played a major part in the administration’s dealing with Kyiv.

The texts provide the first insider account of last summer's negotiations between Washington and Kyiv.

In the several pages of messages released by the Democratic leaders of the committees, U.S. diplomats discussed setting up the July 25 telephone call between Trump and Ukrainian President Volodymyr Zelensky that has been central to the impeachment investigation into whether Trump should be removed from office.

Trump asked Zelensky in that call to investigate former Vice President Joe Biden, a leading rival in Trump's bid for re-election in 2020.

The committee leaders made the text messages public late on Thursday, along with a copy of a letter to other members of the House expressing "grave concern" about what they described as Trump's actions and accusing him of a campaign of misdirection in relation to the impeachment inquiry.

However, Republicans who participated in the interview of Volker, said the evidence he presented fell far short of a "quid pro quo" – exchanging or withholding U.S. assistance according to whether Ukraine helped damage a Trump political rival.

Read also"Tremendous corruption": Trump explains why he asked to block aid to Ukraine

In a text from Sept. 9, after news that the Trump administration had been withholding military assistance for Kyiv, William Taylor, the U.S. chargé d'affaires in the Ukrainian capital, discussed the importance of the message Washington was sending to Kyiv.

"With the hold (the delay in delivering the military aid), we have already shaken their faith in us," Taylor said in a text message to Gordon Sondland, the U.S. ambassador to the European Union.

"I think it's crazy to withhold security assistance for help with a political campaign," Taylor said in another text.

Sondland responded that he believed Taylor was wrong about Trump's intentions, saying Trump had wanted to withhold the aid over concerns about corruption in Ukraine. In a text, he denied that there was a "quid pro quo," linking assistance to Ukraine to whether Zelensky agreed to investigate the Bidens.

Trump has denied wrongdoing and defended the call as "perfect," and many of his fellow Republicans have blasted the impeachment investigation as blatant partisan politics.

Taylor has been the top U.S. diplomat in Kyiv since the Trump administration ordered the then-ambassador, Marie Yovanovitch, to return to Washington before the end of her term. Yovanovitch had been attacked in right-leaning media.

She is due to testify in the House inquiry next week.

The texts address a wide range of issues, including diplomats discussing Ukrainian officials' desire that their country be taken seriously by Washington, and not just used as a tool in domestic U.S. politics.

If you see a spelling error on our site, select it and press Ctrl+Enter
Tags:UkraineUSATrumpKurtVolkermilitaryaidWilliamTaylorZelensky