Thousands of Nepalis began fleeing the capital Kathmandu on Monday, terror-stricken by two days of powerful aftershocks and fearing shortages of food and water after an earthquake that killed more than 3,200 people, Reuters reported on Monday. 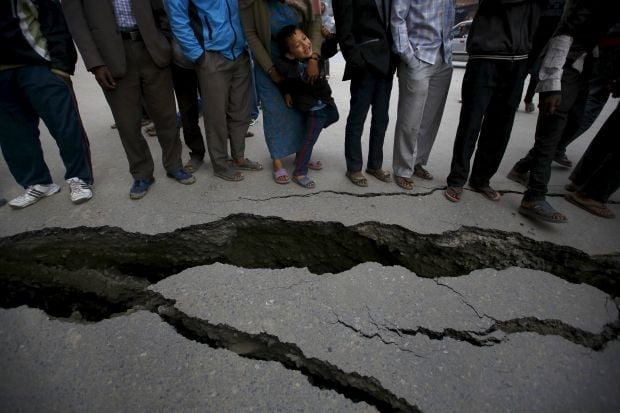 Roads leading out of the mountain valley city of one million were jammed with people, many with babies in their arms, trying to climb onto buses or hitch a ride aboard cars and trucks.

Huge queues had formed at Kathmandu airport, with people desperate to get a flight out.

Many said they had slept in the open since Saturday's quake, either because their homes were flattened or they were terrified that aftershocks would bring their houses crashing down.

Another 66 were killed across the border in India and at least another 20 in Tibet, China's state news agency said.

The toll is likely to rise as rescuers struggle to reach remote regions in the impoverished, mountainous country of 28 million people and as bodies buried under rubble are recovered.

As UNIAN reported earlier, according to the Ukrainian Foreign Ministry, at least 83 Ukrainian citizens in Nepal have not been in contact since Saturday’s earthquake.