Nepalis dig through quake rubble for survivors, PM says death toll could be 10,000

The death toll from Nepal's devastating earthquake could reach 10,000, the country’s prime minister said on Tuesday, as residents frustrated by the government's slow response used their bare hands to dig for signs of their loved ones, Reuters reports. 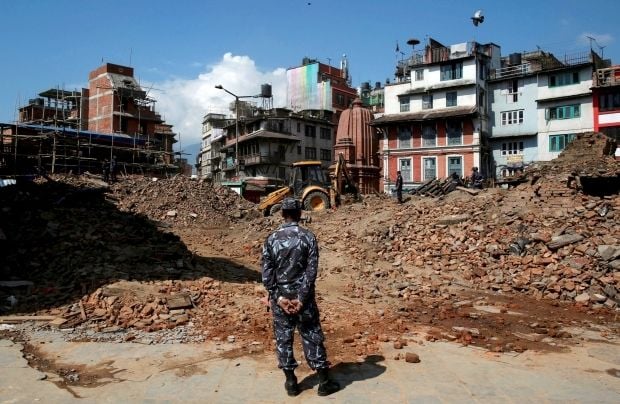 "The government is doing all it can for rescue and relief on a war footing," Prime Minister Sushil Koirala told Reuters.

"It is a challenge and a very difficult hour for Nepal."

International aid has finally begun arriving in the Himalayan nation of 28 million people, three days after Saturday's 7.9 magnitude quake, but disbursement is slow. According to the home (interior) ministry, the confirmed death toll stands at 4,349, with more than 7,000 injured.

"The death toll could go up to 10,000 because information from remote villages hit by the earthquake is yet to come in," Koirala said.

Nepal's most deadly quake in 81 years also triggered a huge avalanche on Mount Everest that killed at least 17 climbers and guides, including four foreigners - the worst single disaster on the world's highest peak.

All the climbers who had been stranded at camps high up on Everest have been flown by helicopters to safety, mountaineers reported on Tuesday.

A series of aftershocks, severe damage from the quake, creaking infrastructure and a lack of funds have slowed rescue efforts in the impoverished, mountainous country sandwiched between India and China. In the capital Kathmandu, youths and relatives of victims were digging into the ruins of destroyed buildings and landmarks.

According to Ukrainian Foreign Ministry, the number of Ukrainian citizens in Nepal is 177 people, of whom 77 have not been in contact since the earthquake.