The vessels are now returning to their permanent naval base in the Caspian Sea. 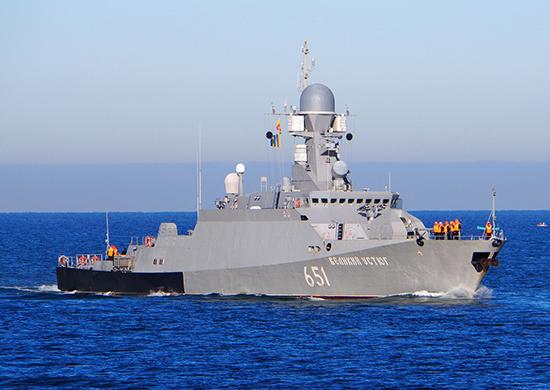 Two Russian Buyan-class corvettes, Uglich and Velikiy Ustyug (Project 21631), have passed through the Kerch Strait and entered the waters of the Sea of Azov.

"The Uglich and Velikiy Ustyug corvettes of the Caspian flotilla have passed through the Kerch Strait and entered the waters of the Sea of Azov. Their crews have been performing tasks as part of the permanent formation of the Russian Navy in the Mediterranean Sea," Russia's Ministry of Defense said on its website.

Currently, the vessels are returning to their permanent naval base in the Caspian Sea.

Earlier, the Uglich crew was involved in the delivery of the St. Andrew icon, which is the Russian Navy's main religious item, from the logistics point of the Mediterranean grouping of Russian Navy ships in the Syrian port of Tartus to the Russian-occupied city of Sevastopol, Ukraine.

If you see a spelling error on our site, select it and press Ctrl+Enter
Tags:RussiaNavyAzovKerchStraitseadefenseministry