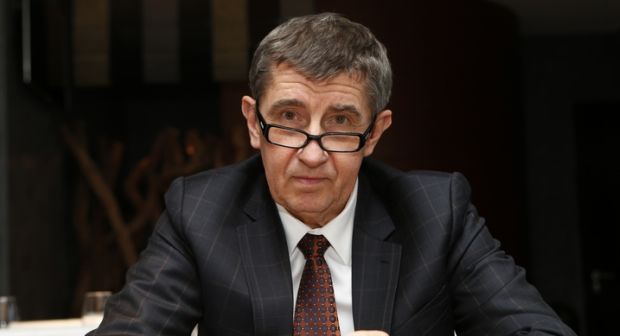 Czech Prime Minister Andrej Babiš has distanced himself from a pro-Kremlin activist, with whom he had been photographed at the official reception by Czech President Milos Zeman to commemorate the 101st anniversary of the founding of Czechoslovakia.

In an interview with the Czech newspaper DenikN, Babiš said he was unaware that the president's office had invited pro-Kremlin activists from the Russian-occupied Crimea, RFE/RL reports.

Meanwhile, disinformation experts say reports in the Czech media stating representatives of a pro-Kremlin organization, Qirim Birligi, were accepted by the Czech president, have been widely used in Russian media to give the impression that the Czech Republic has officially recognized the act of annexation of Crimea by Russia.

"Before I read your article where you posted my photo, I had no idea who that lady was. Like many people at the reception, she asked me to take a picture together, and I didn't refuse. I was absolutely unaware, who the presidential protocol had invited to the event, and why. I don't want to act as an adviser, but I wouldn't personally invite them [pro-Russian activists] to celebrate the national holiday," said the Czech prime minister, who is due to visit Ukraine in mid-November.

The fact that pro-Russian activists from Crimea, who called themselves representatives of a Crimean Tatar organization, attended the official presidential reception, was first reported by themselves, on the organization's website and on Facebook.

The report said that pro-Kremlin activists are grateful "for repeated invitations to meet with the President" not only to the President of the Czech Republic, Milos Zeman, but also to Prime Minister Andrej Babiš, as well as to the Deputy Chairman of the Board of the World Council of the Subcarpathian Rusyns Mykhailo Tiasko.

"Czech President Milos Zeman is a European politician who stands in solidarity with the democratic choice of the citizens of Crimea," reads the caption under the photo, where, among others, there are head of the Qirim Birliigi's charitable projects, Tamila Bezazieva, and Mykhailo Tiasko with his wife.

This statement, which was reposted by a Czech newspaper, sparked outcry in the Czech Republic, especially since only after persistent press enquiries to confirm or refute the message that the Czech President recognized Crimea as part of Russia did Zeman's spox Jiri Ovcacek say: "The president's position is unchanged: the annexation of Crimea was and remains unlawful."

As UNIAN reported earlier, the Ukrainian embassy protested the "provocation" aimed at legitimizing Russia's illegal attempt to annex the sovereign territory of Ukraine, and at trying to harm Ukrainian-Czech relations."

Meanwhile, the Czech branch of the Ukrainian StopFake Project explains that this was a typical disinformation campaign where the Kremlin used its Western partners and achieved their domestic goals with their help.

"Russian disinformation media don't need any strong evidence to back their stories, they just need a small inaccuracy or ambiguity to create a far-reaching lie. In the case with the invitation of Qirim Birligi to celebrations in Prague on Oct 28, we can almost see a live stream of how disinformation is being created, disseminated, and actively exploited in the Russian media space to support the narrative that Crimea has been recognized by European statesmen as part of the Russian Federation," StopFake experts explain.

If you see a spelling error on our site, select it and press Ctrl+Enter
Tags:RussiaCrimeafakenewspropagandaCzechZemandisinformationBabis