Despite being barred from foreign travel as part of a $28,000 bail agreement two months ago, the court granted Nikolay Malinov permission to go to Russia on Nov. 1. 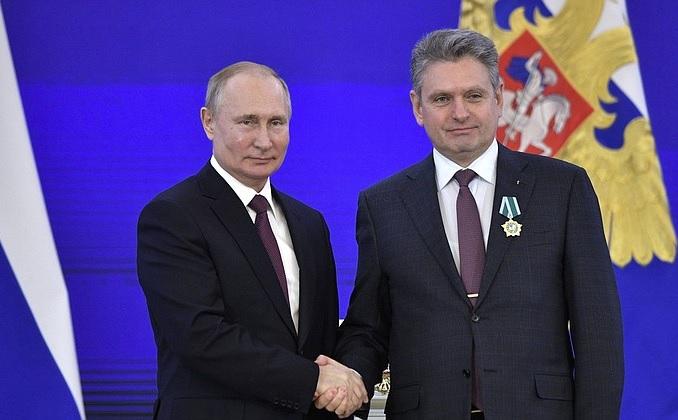 A Bulgarian accused of spying for Russia was allowed by a court in his home country to visit Moscow, where he received an award from President Vladimir Putin.

Despite being barred from foreign travel as part of a $28,000 bail agreement two months ago, the court granted Nikolay Malinov permission to go to Russia on Nov. 1, according to prosecutors, Bloomberg reported.

There, the former lawmaker and head of Bulgaria's National Russophiles Movement attended a reception marking Russia's National Unity Day and was presented with the state honor, according to official footage. Prosecutors are seeking an inquiry into the court's decision.

While Bulgarian-Russian relations are generally cordial, Malinov was charged with supplying information to a Russian research institute and a non-governmental organization to help alter his country's geopolitical trajectory. He denies wrongdoing over the offenses, which carry a potential prison term of as long as 15 years.

The award from Putin recognized Malinov's contribution "to the development of friendship and cooperation between our countries" and "should not be a matter of any prosecution," Kremlin spokesman Dmitry Peskov told reporters Tuesday on a conference call. "We hope that people like him will have the opportunity to continue to work."

Malinov saw retired Russian secret service Lieutenant-General Leonid Reshetnikov, who's deputy head of the NGO and has been banned from visiting Bulgaria for 10 years, in Moscow.

"I met General Reshetnikov – we ate, drank and went to a Russian bath," he said late Monday. "My most important meeting was with Putin, and fortunately I had the opportunity to talk for five to six minutes about Bulgaria, the Russophiles and his opinion of what we do."

If you see a spelling error on our site, select it and press Ctrl+Enter
Tags:RussiaPutinBulgariaspyingcourtMoscowaward