Amnesty International reports use of barrel bombs on civilians in Aleppo 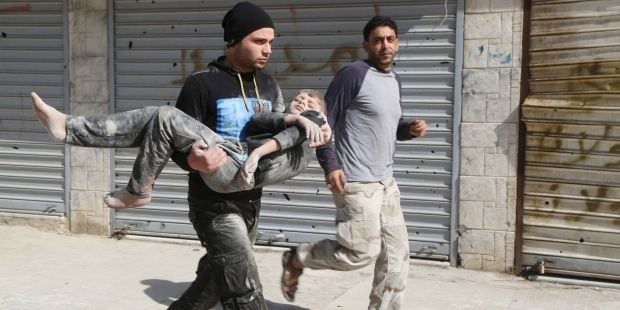 Barrel bombs - packed with explosives and metal fragments - were dropped by government forces on schools, hospitals, mosques and crowded markets, the human rights organization said in its report.

“These reprehensible and continual strikes on residential areas point to a policy of deliberately and systematically targeting civilians in attacks that constitute war crimes and crimes against humanity,” Luther said.

Attacks with the use of barrel bombs - oil barrels, fuel tanks or gas cylinders packed with explosives, fuel, and metal fragments dropped from helicopters - killed more than 3,000 civilians in Aleppo last year, and more than 11,000 in Syria since 2012, Amnesty International said in its report.

In addition to barrel bombs, the report also documents three missile attacks by government forces including a devastating attack on a children’s art exhibition at Ain Jalut School in April 2014.

Amnesty International said it was calling on all parties to the conflict in Syria to end deliberate attacks on civilians and civilian buildings or infrastructure, as well as the use of imprecise explosive weapons such as barrel bombs or mortars in populated areas.