18:40, 08 November 2019
World
644 0
A ruling on Moscow's involvement in Ukraine would set a precedent that could impact other cases dealing with Russia's alleged link to the July 2014 downing of Malaysia Airlines Flight MH17 over occupied eastern Ukraine. 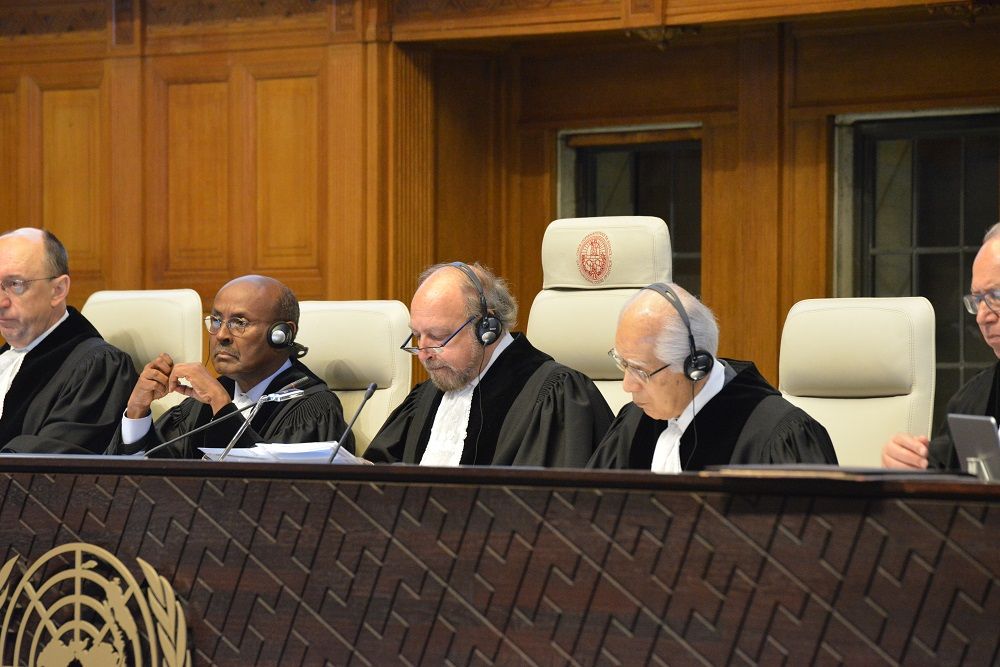 The International Court of Justice / Photo from UNIAN

The United Nations' top court for disputes between states on Friday said it has jurisdiction to hear a lawsuit filed by Ukraine against Russia for supporting terrorists in occupied Ukrainian territories, rejecting Moscow's call for the case to be thrown out.

In reading a summary of the ruling, Presiding Judge Abdulqawi Yusuf said conditions had been met for the case to be heard in full, rejecting Russian objections, Reuters said.

In a victory for Ukraine, the court found unanimously that it has jurisdiction on the basis of anti-terrorism and anti-discrimination treaties to hear the case over Russia's alleged support of terrorists in Russia-occupied Crimea and eastern Ukraine.

In a hearing at the International Court of Justice (ICJ) in June, Moscow had asked judges to dismiss the suit, saying Kyiv was using it as pretext for a ruling on the legality of Russia's 2014 annexation of Crimea.

The ICJ, or world court, is the leading global court for disputes between nations. A ruling on Moscow's involvement in Ukraine would set a precedent that could impact other cases dealing with Russia's alleged link to the July 2014 downing of Malaysia Airlines Flight MH17 over occupied eastern Ukraine.

A Dutch-led international investigation team found that the airliner was shot down with a Russian missile, and has charged three Russians and a Ukrainian with murder. All 298 passengers and crew were killed when the plane crashed in Russia-occupied territory. Russia denies blame.

If you see a spelling error on our site, select it and press Ctrl+Enter
Tags: #Russia#Crimea#UnitedNations#terrorism#terrorismfinancing#occupiedCrimea#DutchCourt#financingterrorism
Latest news