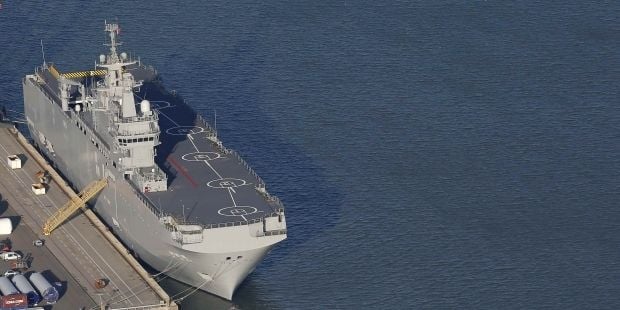 Citing French officials, the newspaper said Paris was seriously considering the option of scuttling the ships if the contract with Russia was terminated.

The modern ships were built in France but according to Russian standards and specifically for Russian military helicopters, and the cost of converting them for use by the French military or other countries' forces would run into hundreds of millions of euros, the newspaper said, citing experts.

France, under pressure from its European allies, decided to suspend the contract for the supply of the two ships to Russia after Russia illegally annexed the Ukrainian territory of Crimea in March last year and supported the insurgency in eastern Ukraine.

Russia’s contract with France for the supply of the Mistral ships is worth EUR 1.37 billion. Moscow has demanded either the delivery of the vessels or a refund of its money.

The French navy operates three Mistral-class helicopter carrier assault ships of its own.