The watchdog said the apartment purchases "could be for the purposes of laundering money from Syria into Moscow." 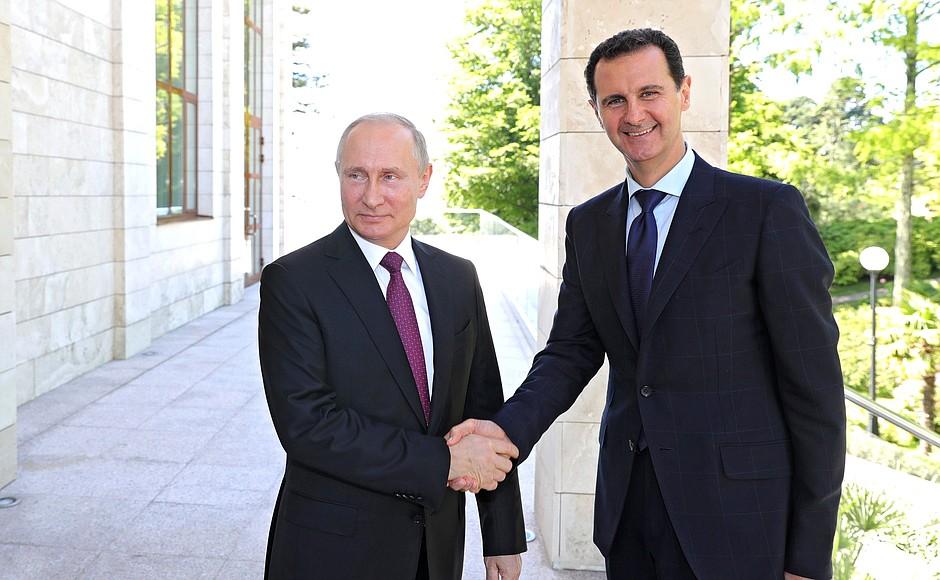 Syrian President Bashar al-Assad's extended family and associates own $40 million worth of luxury apartments in Moscow's skyscraper district, according to the anti-corruption campaign group Global Witness.

Assad's cousins, the Makhloufs, and their relatives bought at least 19 apartments in two Moscow skyscrapers between December 2013 and June 2019, Global Witness said in its investigation published Monday, according to The Moscow Times.

Four local real estate agents placed the current value of the 19 properties in the twin City of Capitals skyscrapers at $40 million, The Financial Times reported.

"Our exposé of the Makhloufs' properties is rare supporting evidence that lends substance to rumors of regime money being funneled out of Syria throughout the war," Global Witness said.

The watchdog said the apartment purchases "could be for the purposes of laundering money from Syria into Moscow," citing the complex web of companies and Lebanese loans that were involved.

The Makhloufs – members of the same Alawite sect of Islam who are historically more prestigious than the Assads –"are all fund managers for the Assads," an unnamed Syrian analyst in Europe told FT. Another analyst suggested that the Makhloufs could be storing their wealth in Russia to keep it out of Assad's hands because "nobody feels safe in Damascus, except the president."

The Makhlouf family members, many of whom are under United States and European Union sanctions over their involvement in the Syrian conflict, did not respond to Global Witness' or FT's request for comment.

Western sanctions against the Makhloufs, Global Witness said, allowed the Russian capital to act "as an alternative safe haven, and possibly a potential gateway for its ill-gotten gains to enter the wider financial system."

Russia has been a staunch ally of the Assad family over its nearly 50-year rule. The Kremlin threw its military support behind Assad in 2015, helping Damascus retake most of Syria in its eight-year civil war.