After the attack, the militants ceased fire and retreated deep into the jungle. 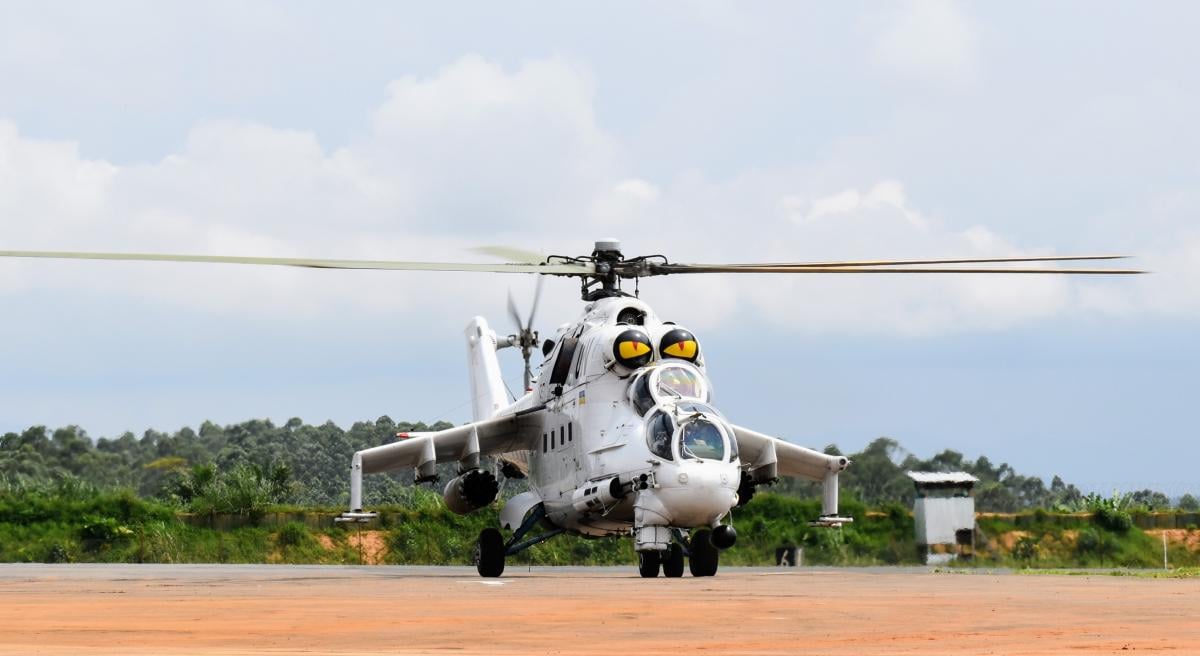 No peacekeepers' casualties have been reported / Photo from Ukraine's Defense Ministry

Ukrainian peacekeepers operating Mil Mi-24 helicopters have delivered an airstrike on irregular armed formations in the Democratic Republic of the Congo on the order of the Command of the United Nations Organization Stabilization Mission in that country (MONUSCO).

"The event has happened recently near the Semliki [River], North Kivu Province, the Congo. Members of the ADF (Allied Democratic Forces) terrorist formation opened fire to attack a military base of the UN Mission," the Ukrainian Defense Ministry's press service said on November 12.

This was the area where Mi-24 crews from the 18th separate helicopter detachment of the UN Mission were escorting a South African TP-1 Oryx transport helicopter.

"In response to the militants' brazen actions, the MONUSCO's Command decided on the immediate return of fire. Having received a respective order to open fire in support of the ground forces and the coordinates of the targets, the pilots of the Ukrainian Mi-24 helicopters delivered the airstrike, using available weapons," it said.

After the Mi-24 counterattack, the militants ceased fire and retreated deep into the jungle.

No peacekeepers were injured in the incident.

According to the English-language newspaper Kyiv Post, the November 12 clash is a rare incident, as Ukrainian UN peacekeepers seldom deliver airstrikes or are involved in serious action in the central African country.

Ukraine is represented among UN peacekeepers in the Congo by the 18th Helicopter Detachment based in the cities of Goma and Beni close to the Congolese borders with Rwanda and Uganda, respectively. Ukrainian personnel largely focus on medical evacuations and the transportation of UN peacekeepers in the eastern provinces of North and South Kivu.