Main airport in Rome closed due to fire 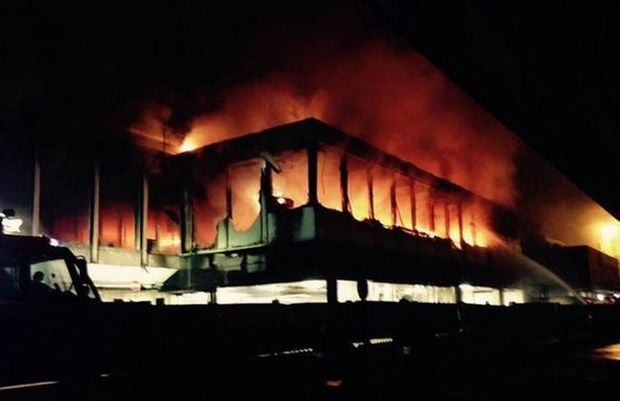 The airport has been closed until it is possible to restore normal operations, the posting on the Web site reads.

The fire broke out on Wednesday night in terminal No. 3, which is used for international flights, and as of 0700 had been brought under control. There are many contradictory reports on the initial location of fire, but most sources reported that the blaze first broke out in the baggage room.

Three people were slightly poisoned by carbon monoxide, but no one was seriously hurt.

Roads and railway lines leading to the airport have been also closed. Passengers who had flights scheduled for this morning were advised to contact airline companies for further clarifications.

Some international flights from countries outside the EU were serviced in the airport's other terminals.