Vatican to recognize State of Palestine in new treaty

The Vatican announced on Wednesday it had concluded a treaty to recognize Palestinian statehood. This news was welcomed by Palestinians but upset the Israeli government. 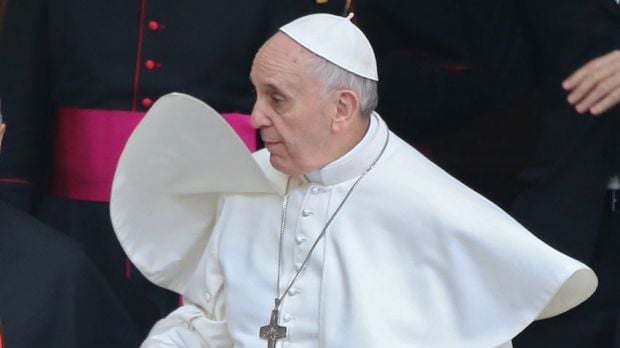 A new treaty to recognize the State of Palestine deals with religious liberty, the legal and tax status of Catholic institutions there. / Photo from cbc.ca

A new comprehensive agreement following on the Basic Agreement, signed on February 15, 2000, will be submitted to the respective authorities for approval ahead of setting a date in the near future for the signing, according to a joint statement of the Bilateral Commission of the Holy See and the State of Palestine at the conclusion of the plenary meeting dated May 13, 2015.

The agreement deals with religious liberty, the legal and tax status of Catholic institutions in Palestinian territories.

The Vatican welcomed the decision by the U.N. General Assembly in 2012 to recognize a Palestinian state. But the agreement is the first legal document negotiated between the Holy See and the Palestinian state. It was finalized days before Palestinian President Mahmoud Abbas visits Pope Francis at the Vatican. Abbas is coming to Rome to attend Francis' canonization on May 16 of two new saints from the Holy Land.

"This is a very important recognition as the Vatican has a very important political status that stems from its spiritual status. We expect more EU countries to follow," said Abbas' senior aide, Nabil Shaath, according to Yahoo.com's news report with reference to AP.