The ship was caught in rough seas and developed a heavy list. 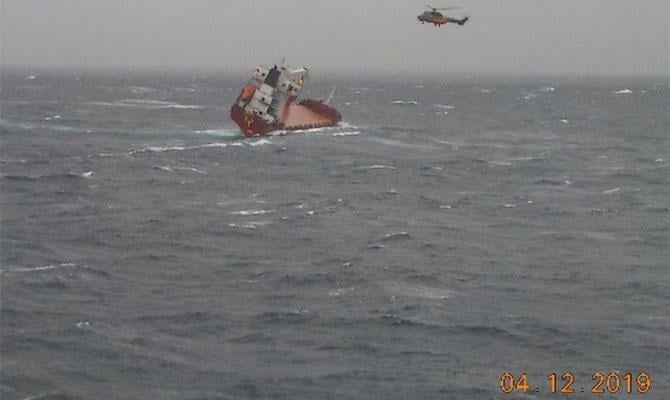 Fourteen Ukrainian sailors have been rescued from the Liberia-flagged general cargo vessel NEW LEO in the Aegean Sea.

"The general cargo ship NEW LEO was disabled in the Aegean Sea on the morning of December 4, while en route from the port of Eleusis, Greece, to Gemlik, Turkey, with cargo of steel. Caught in rough seas, the ship experienced heavy pitching and rolling, which caused a shift of the cargo and subsequently, a heavy list. The ship issued a distress call. The Greek Coast Guard and Navy jointly carried out a rescue operation, 14 crewmembers, all Ukrainians, were airlifted to safety, according to Greek and Ukrainian sources," the Maritime Bulletin reported on December 4.

It is noted the condition of the vessel is unknown, the last automatic identification system (AIS) is timed 0500 UTC. By that time, the ship had already been in distress. It may still be afloat, the Maritime Bulletin said.

As UNIAN reported earlier, two Ukrainian sailors died amid a fire on board the Ukrainian trawler Ivan Holubets that lit up off the coast of Mauritania in July.

If you see a spelling error on our site, select it and press Ctrl+Enter
Tags:UkraineGreeceshipsearescuecrewsailors