There were reports that police had been ordered to avoid detaining protesters. 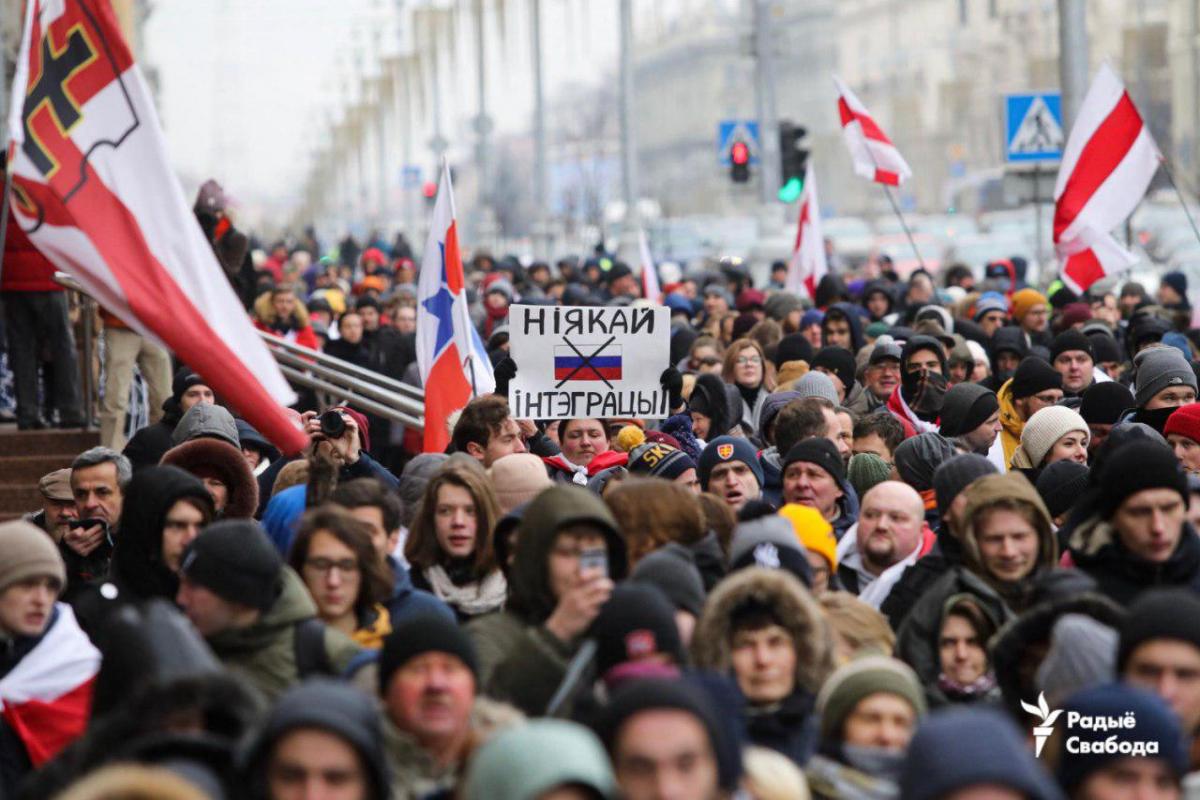 Hundreds of people marched through the Belarusian capital on December 7 to protest plans to further integrate with Russia in what correspondents have called one of the biggest unsanctioned rallies there in recent times.

Many held red-striped white banners, the banned flag of the first independent Belarusian state, as well as EU flags, as they marched through Minsk, RFE/RL wrote.

There were reports that police had been ordered to avoid detaining protesters.

Inspired by a similar protest in the Baltic states 30 years ago, pro-democracy supporters also linked hands along a major road in the city. There were no early reports of police arrests.

The demonstrations come as the leaders of Russia and Belarus are scheduled to meet on December 7 to discuss a union treaty between the two countries amid increasing pressure by Moscow on Minsk for further integration.

The talks between Russia's Vladimir Putin and Belarus's Alyaksandr Lukashenka in the Black Sea resort of Sochi coincided with the 20th anniversary of the 1999 union treaty that was supposed to create a unified state.

Minsk is reliant on Russia for cheap oil and on roughly $5 billion worth of yearly subsidies for its outmoded Soviet-era economy that is mostly state-run, barring its flourishing information-technology industry.

Lukashenka told journalists in Sochi that Belarus was only seeking "equal terms" in its relations with Russia.

Minsk insists that that further integration must be preconditioned on resolving the most pressing bilateral economic issues.

Putin noted that the two governments had "done quite a big job of analyzing…how to fulfill what is yet to be fulfilled under" the union treaty.

"I want to express my hope that we will continue to do everything for our peoples and countries to feel their closeness, to continue moving forward, primarily, of course, on the economy, but also in the social sphere…and to derive noticeable advantages from this integration."

Moscow has been pressuring Minsk to accelerate military and economic integration, with the Russian daily Kommersant reporting in September – citing a leaked document – that Russia and Belarus would create an economic confederation by 2022.

Up to 1,000 people gathered on October Square in Minsk, where opposition activists addressed the crowd to oppose integration.

"Politicians are playing with Belarusian sovereignty like in a card game, and we will keep protesting as long as a threat to our independence remains," Paval Severinets, the organizer of the rally, told AP.

"My heart is breaking because my country is disappearing, not just in name, but the entire country itself," a protester who gave her name as Danuta told RFE/RL. "I can't tolerate that my country is being handed over to a neighbor."

"They are again trying to pull us back into that rotten empire that is trying to revive itself at the expense of neighbors," said 19-year-old student Mikhail Olshansky, who covered his face with Belarus's red-and-white flag, in comments to AP.

Amid growing pressure from Moscow, Lukashenka has reached out to the West as well.

The outbreak of the conflict between Russia and Ukraine – including Moscow's forcible seizure of Ukraine's Crimea region and its fomenting of a separatist war in parts of eastern Ukraine – five years ago spooked Lukashenka and spurred his government to scale back its dependence on Russia.

The outbreak of the Ukraine crisis five years ago spooked Lukashenka and spurred his government to scale back its dependence on Russia.

Seeking closer ties with the EU, which in 2016 lifted most sanctions imposed against Belarus over its record on rights and democracy, Lukashenka visited Vienna on November 12 for his first trip to an EU country in three years.

However, recent parliamentary elections in Belarus gave no indication Lukashenka is in any mood to pursue reforms.

No independent candidates won despite a large number being allowed on the ballot for the lower house of the country's largely rubber-stamp parliament.

On the day of voting, November 17, Lukashenka said he would seek another term in the country's 2020 presidential election.

Lukashenka has ruled the country for a quarter of a century, largely by cracking down on independent media, activists, and civil society.

Relations between Belarus and the United States have been on the mend as well. The two countries announced on September 17 that they plan to resume hosting ambassadors after an 11-year hiatus.

Washington and Minsk began to reconsider their frosty relationship after Russia annexed Ukraine's Crimean Peninsula in 2014 and began supporting separatist formations in eastern Ukraine, raising concerns in Belarus about its own territorial integrity. 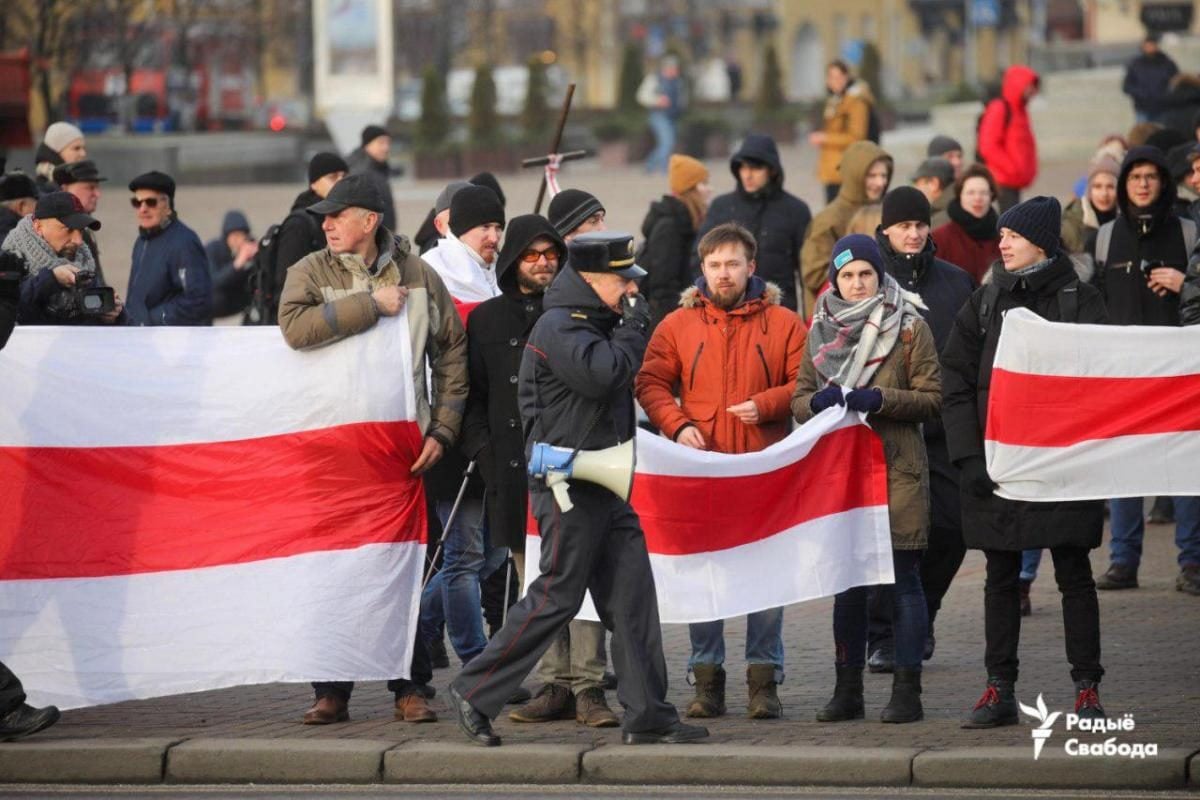 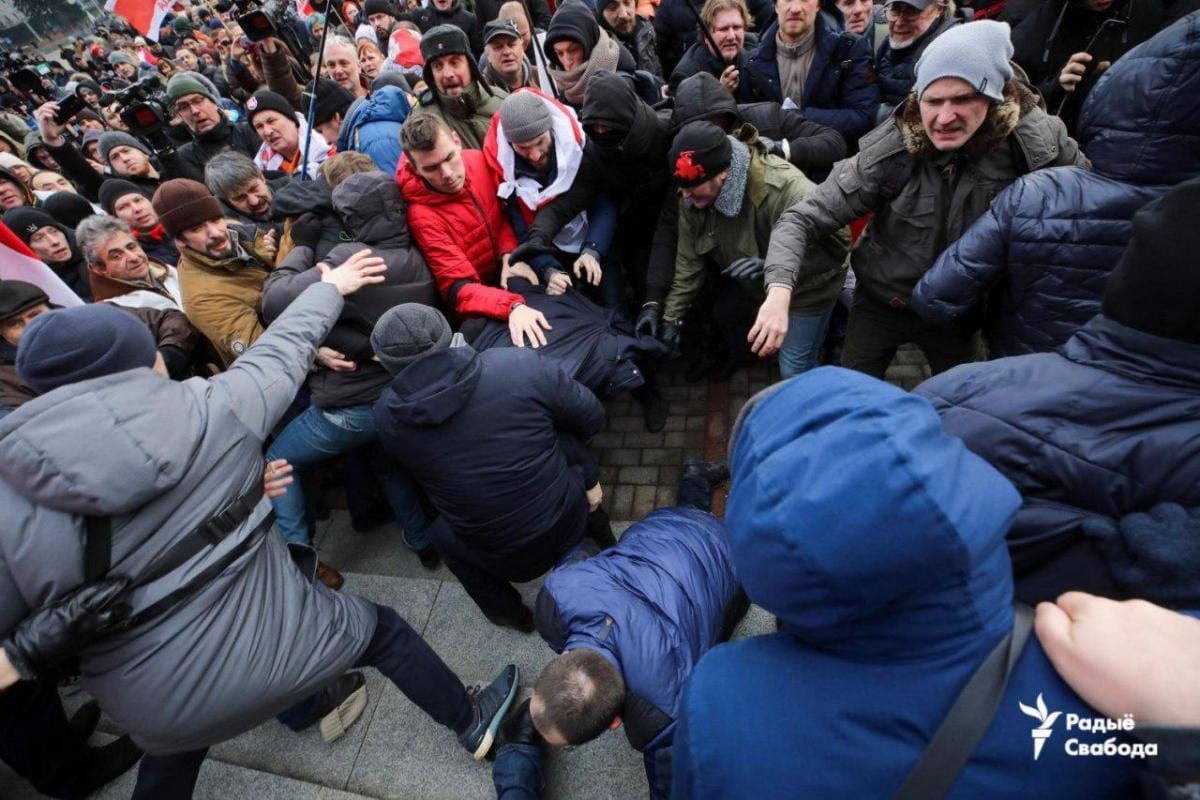 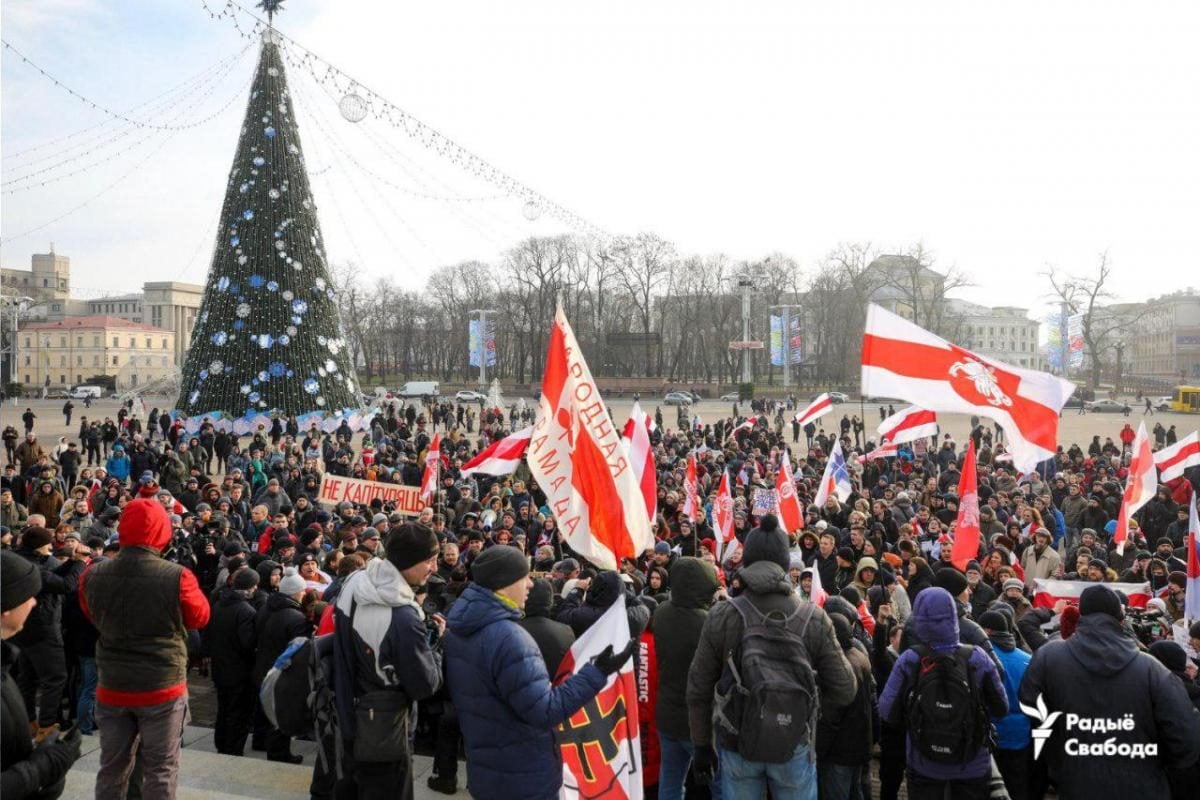 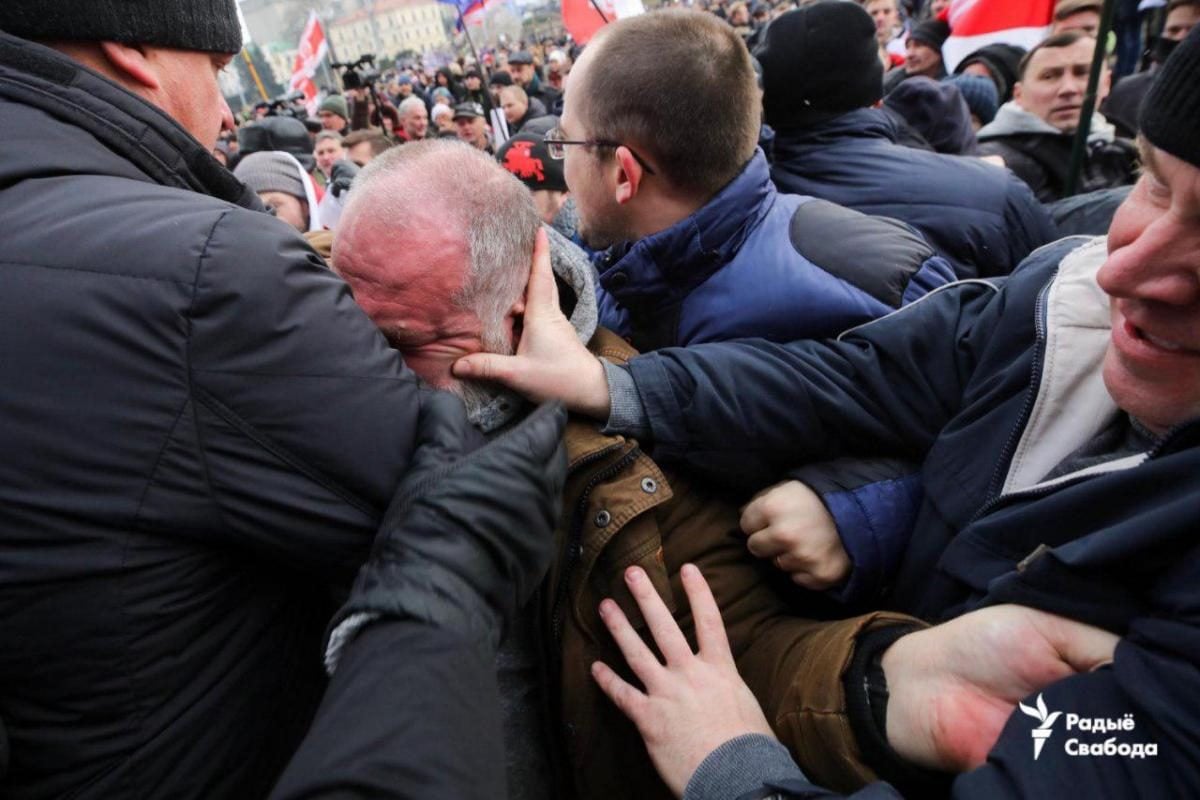 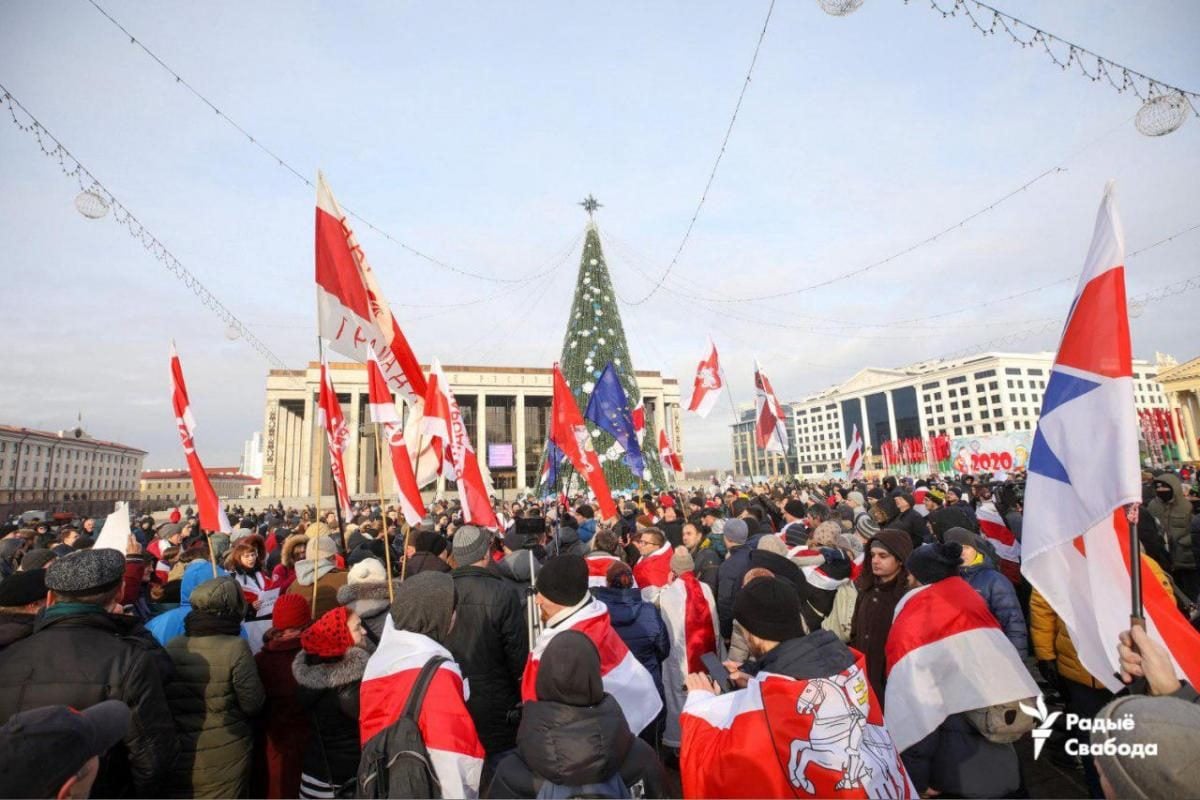 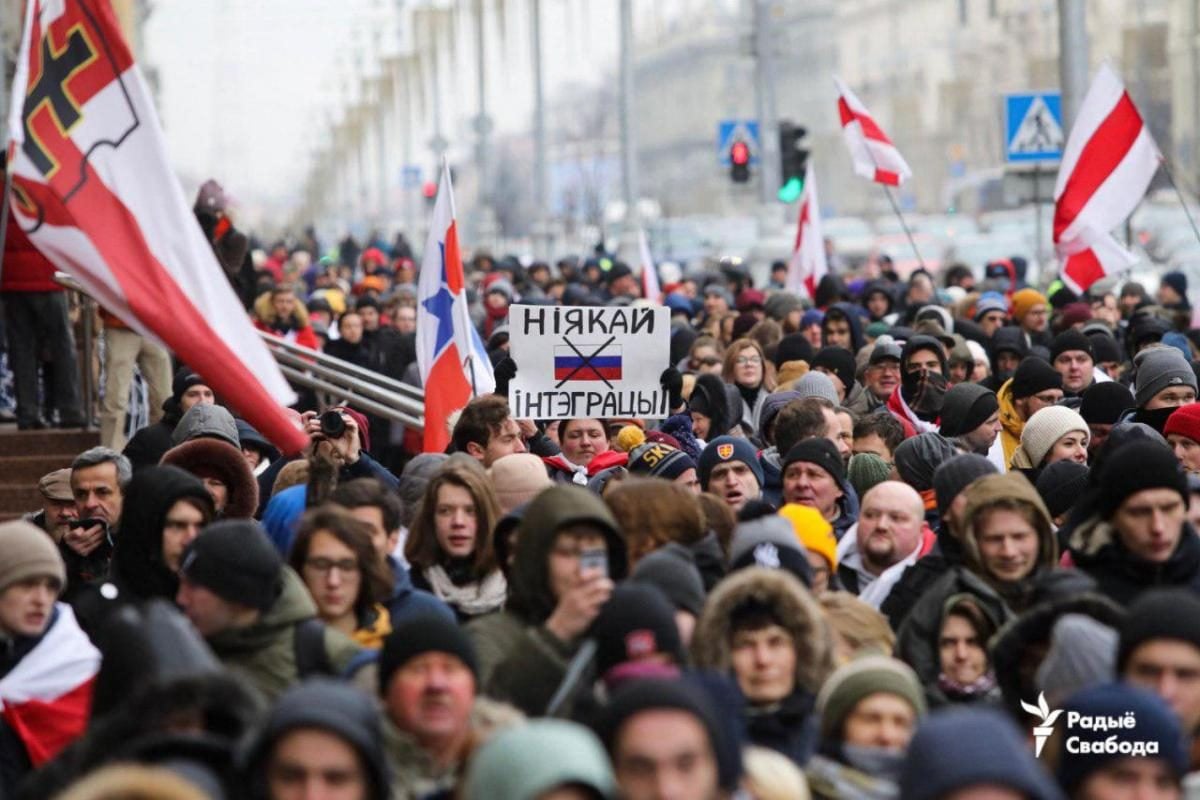 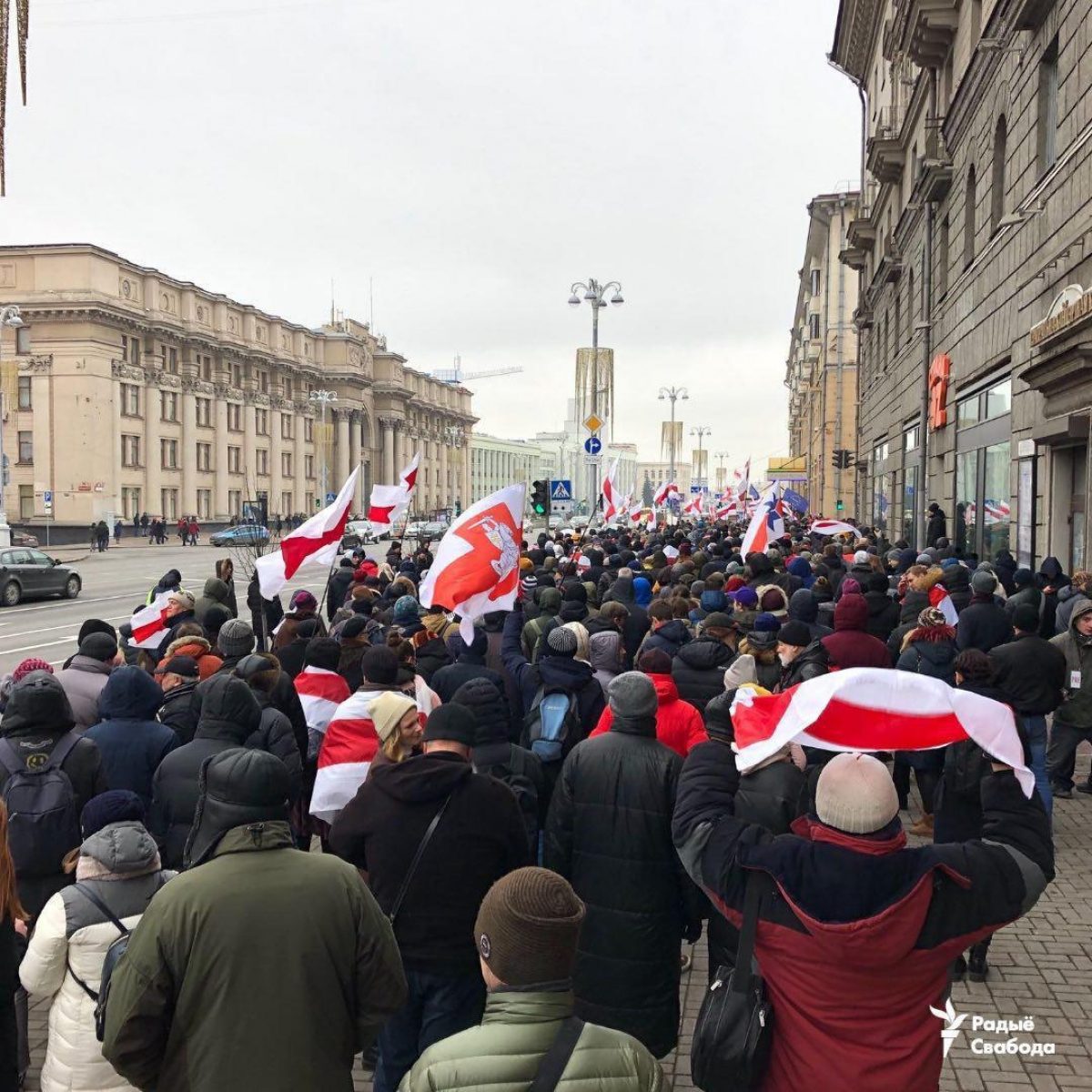 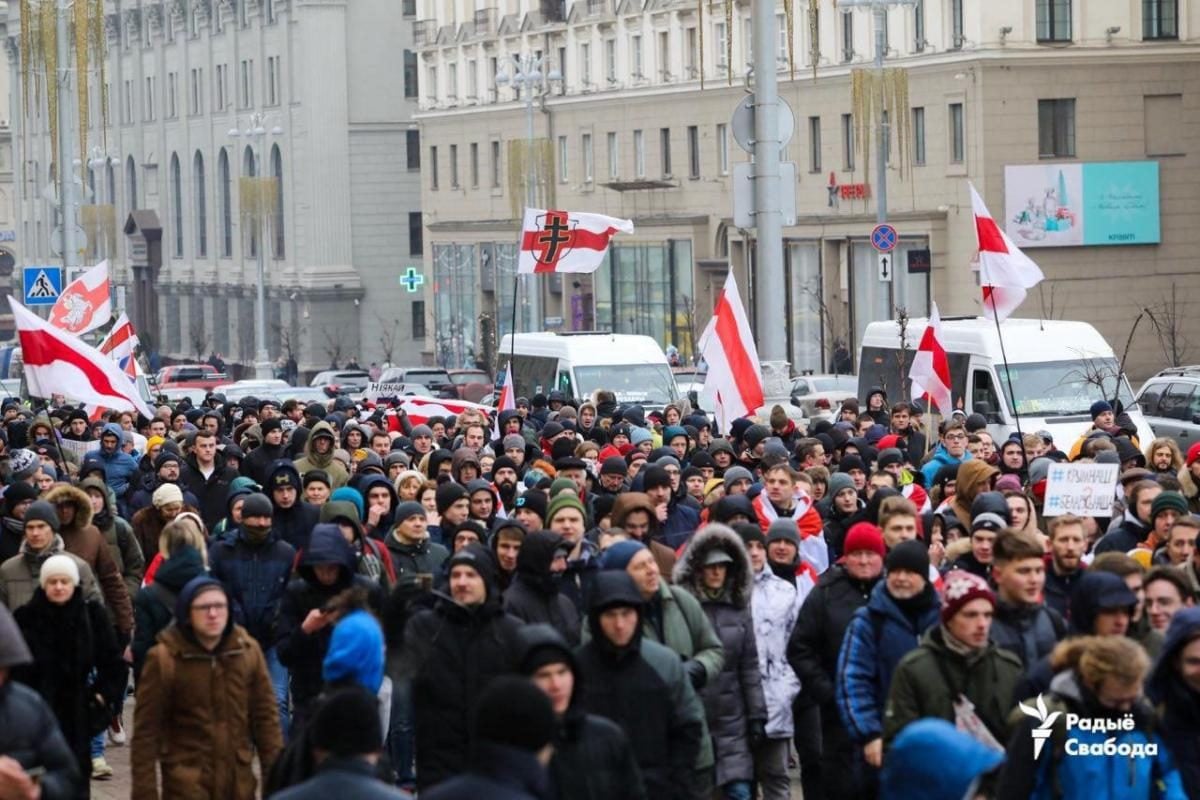 © RFE/RL
If you see a spelling error on our site, select it and press Ctrl+Enter
Tags:RussiaPutinLukashenkoBelarusTreatyprotestsMinskintegration