Minsk is heavily reliant on Moscow for cheap oil and billions of dollars in annual subsidies to keep its mostly state-run, Soviet-legacy economy afloat. 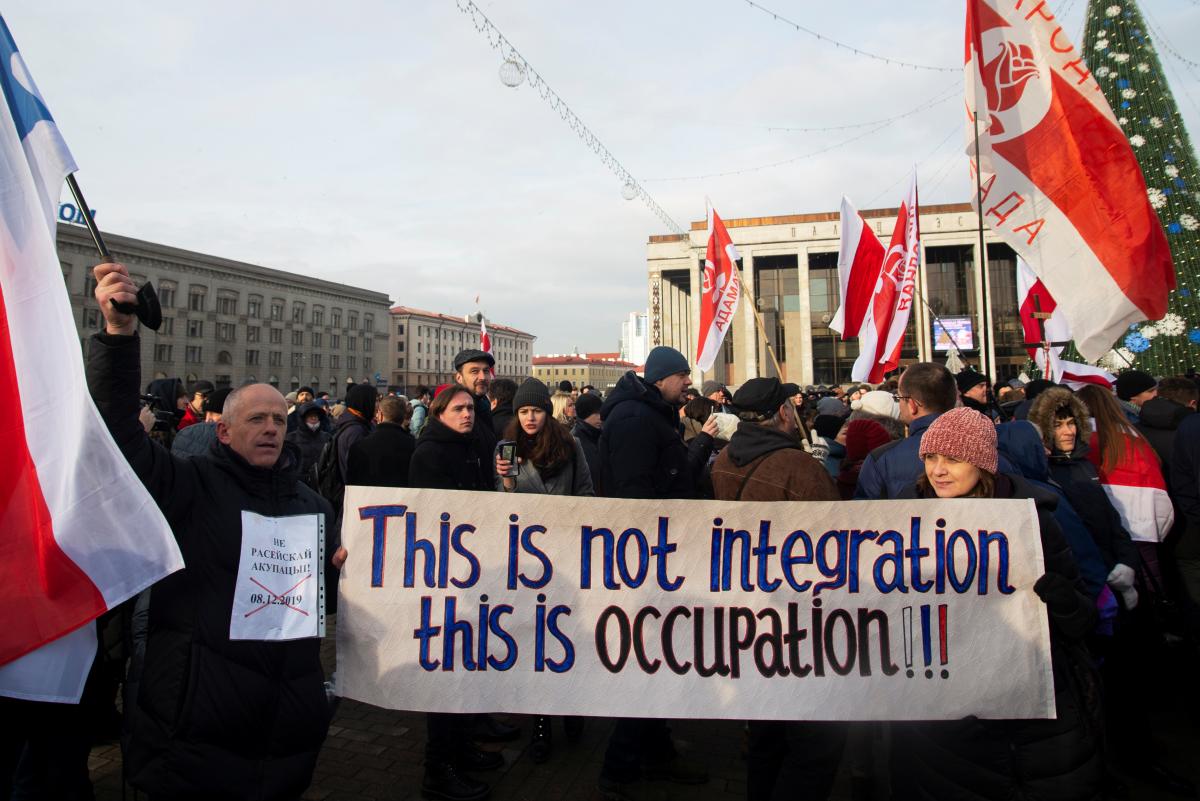 Hundreds of protesters have gathered in the Belarusian capital on December 8 for a second day to oppose "deepening integration" with Russia, despite warnings from police that they risked possible arrest.

The initial turnout appeared to be lower than the many hundred who showed up for a similarly unsanctioned march through Minsk a day earlier but still marked for a secret-police state where dissidents and protesters are ruthlessly persecuted, RFE/RL's Belarus Service said.

The rallies were timed to coincide with a meeting between Presidents Vladimir Putin of Russia and Alexander Lukashenko of Belarus in connection with the 20th anniversary of a union treaty meant to create a unified state.

Putin and Lukashenko emerged from their meeting in the southern Russian city of Sochi on December 7 without announcing any decisions but with officials saying the leaders would convene again on the topic in St. Petersburg on December 20, according to TASS.

The Spring rights group claimed around 600 people began the synchronized march at its noon start on December 8, with police using a megaphone to order the gathering crowd to disperse.

There were minor skirmishes but none reportedly involved uniformed officials.

Later video from the rolling protest showed some in the compact column carrying red-striped white banners, the banned flag of the first independent Belarusian state, and other symbols of national pride in a march toward the Russian Embassy there. 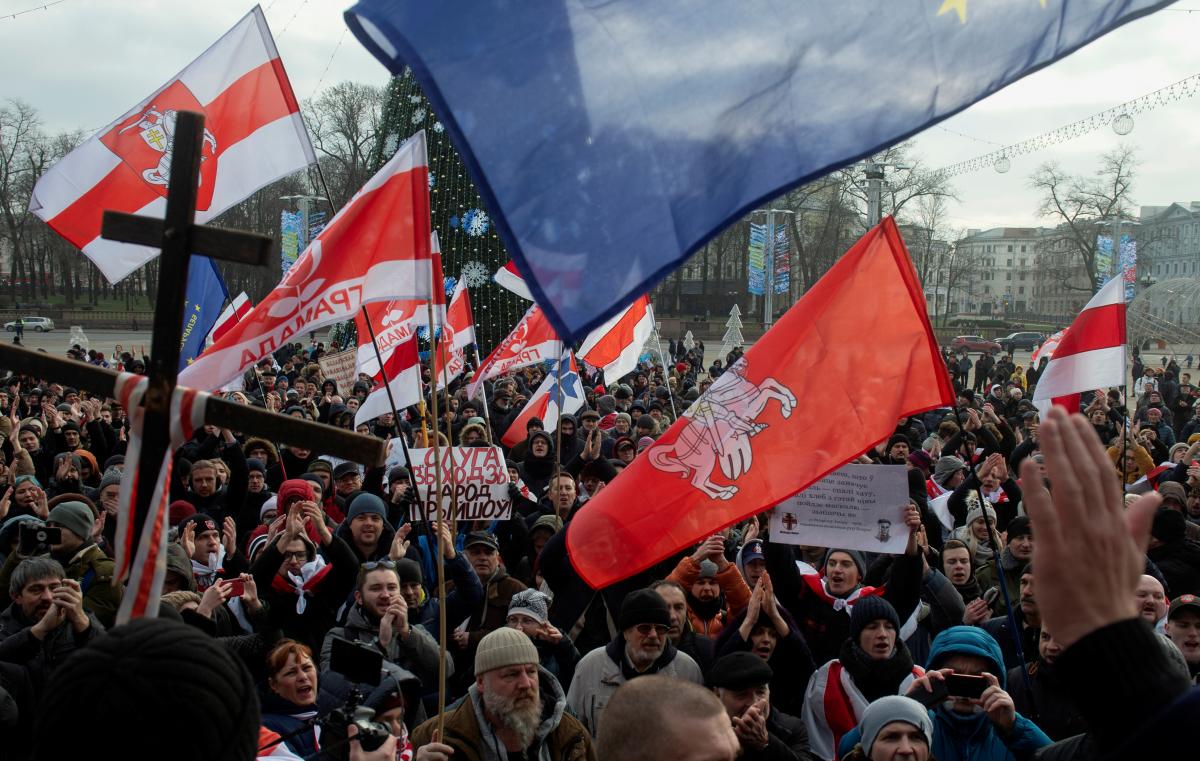 Nearby traffic police were ensuring that roads were not blocked to traffic but otherwise appeared to be allowing the column to proceed.

Occasional calls of "Long live Belarus!" and "Independence!" rang out.

Minsk is heavily reliant on Moscow for cheap oil and billions of dollars in annual subsidies to keep its mostly state-run, Soviet-legacy economy afloat.

If you see a spelling error on our site, select it and press Ctrl+Enter
Tags:RussiaPutinLukashenkoBelarusprotests