Secretary of State Mike Pompeo said Ukraine – and the importance of Ukraine's sovereignty – was a "major" topic of his conversation with Lavrov. 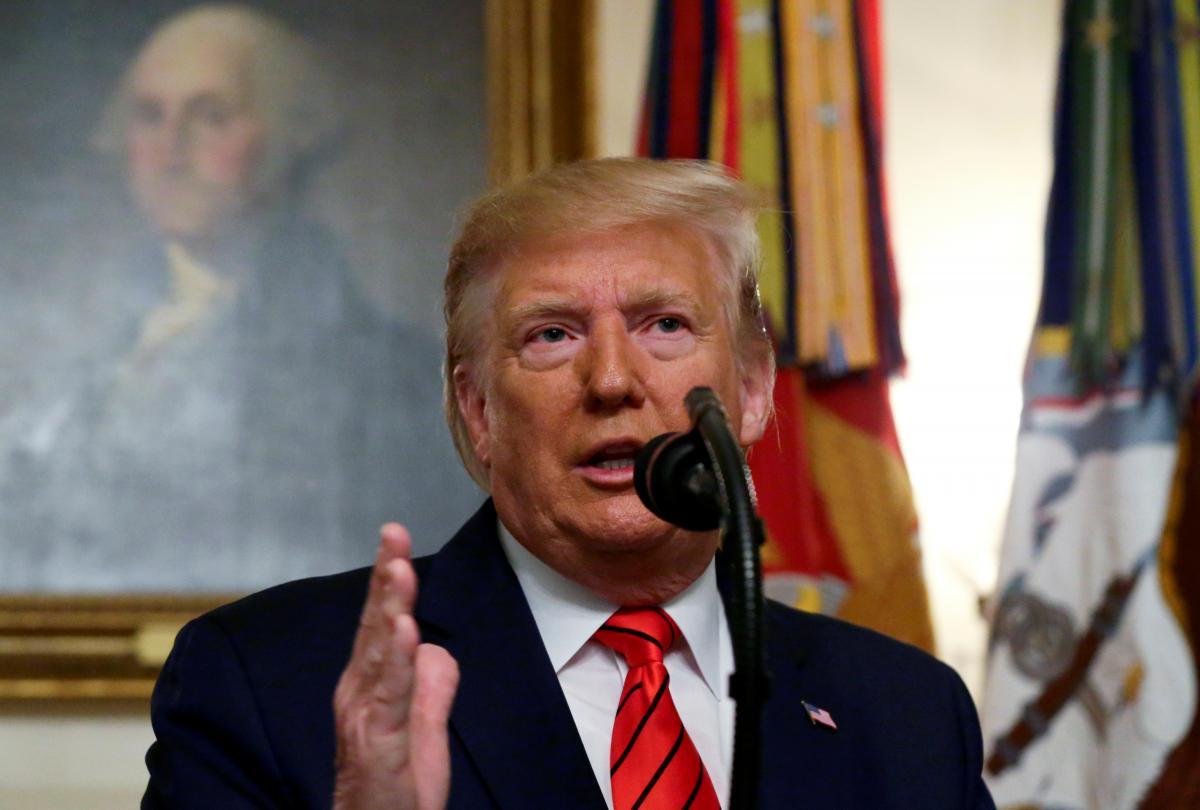 "Just had a very good meeting with Foreign Minister Sergey Lavrov and representatives of Russia. Discussed many items including Trade, Iran, North Korea, INF Treaty, Nuclear Arms Control, and Election Meddling. Look forward to continuing our dialogue in the near future!" the president tweeted, according to CBS News.

Lavrov's visit follows a major announcement in Ukraine-related impeachment proceedings: House Democrats unveiled two articles of impeachment Tuesday against Mr. Trump, charging him with abuse of power and obstruction of Congress. The foreign minister's visit also comes a day after the Justice Department's watchdog released a report saying the FBI was justified in opening a probe into ties between Russia and Trump's 2016 campaign for president.

During the Pompeo-Lavrov press conference Tuesday, Lavrov demanded more evidence Russia meddled in the 2016 presidential election, to which Pompeo said there was no mistake what happened in 2016. Pompeo emphasized that he made it clear to Lavrov the U.S. will not tolerate election meddling.

"I was clear — it's unacceptable," Pompeo said, adding the U.S. is ready to take action if necessary.

Lavrov said the U.S. allegations of Russian interference were baseless, and demanded more documents, to which one Washington Post reporter asked, "Why not just read the Mueller report, it's very detailed when it comes to U.S. allegations related to meddling in the 2016 election?"

Pompeo pushed back against Lavrov's demand for more documentation.

"We think we've shared plenty of facts to show what happened in the 2016 election with our Russian counterparts. We don't think there's any mistake about what really transpired there," the secretary of state said.

During the news conference, Pompeo called U.S.-Russia ties "complicated," but said the U.S. has been working to improve that relationship during the Trump administration. Pompeo said Ukraine – and the importance of Ukraine's sovereignty – was a "major" topic of conversation between the two.

Lavrov last visited Washington, DC in May of 2017, when, during a meeting at the Oval Office, Trump allegedly revealed highly classified details about the threat from the ISIL (ISIS) group with the foreign minister and Russia's then-ambassador in Washington, DC, Sergey Kislyak, Al Jazeera reported.

If you see a spelling error on our site, select it and press Ctrl+Enter
Tags:RussiaUSATrumpelectionmeddlingLavrovPompeo