Rudolph Giuliani said in an interview that he briefed the president "a couple of times" about Marie Yovanovitch, the envoy to Ukraine, setting her recall in motion. 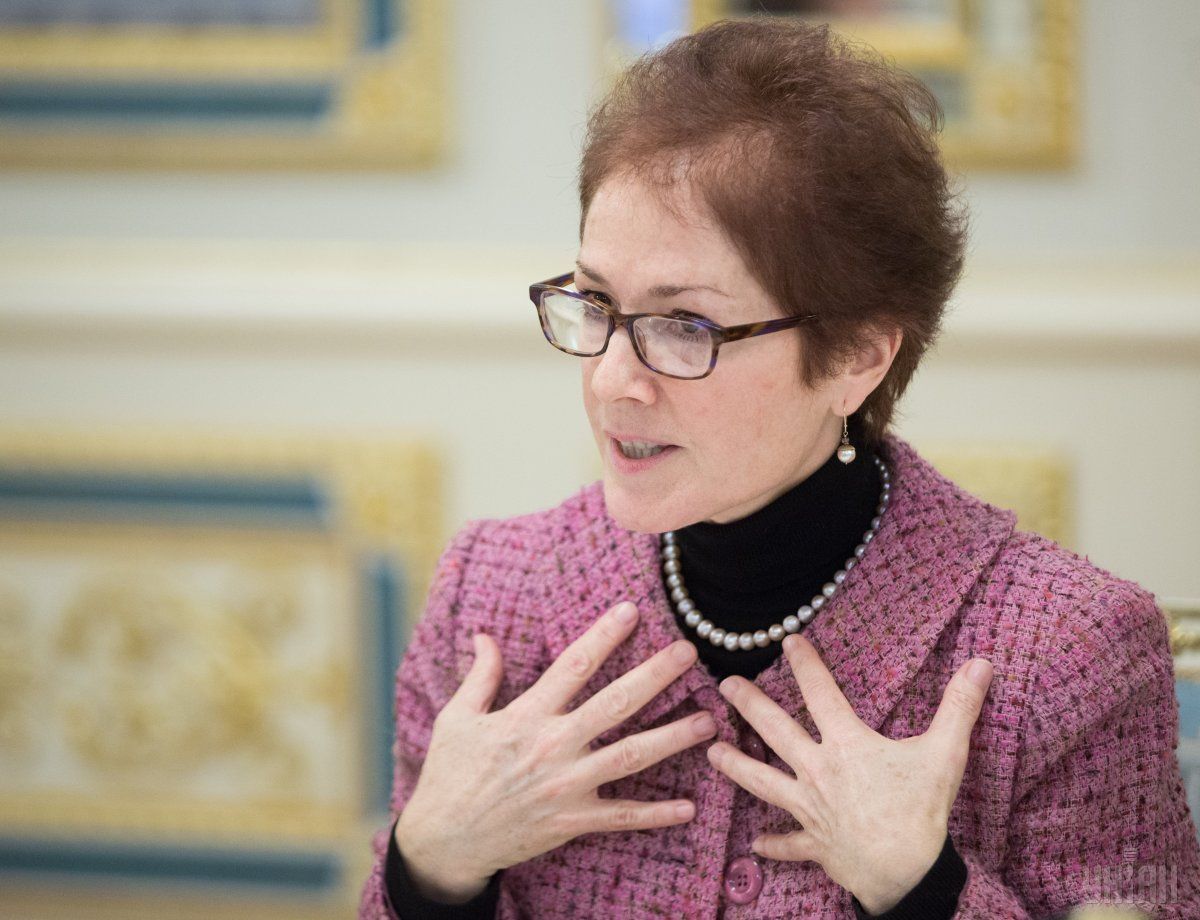 Rudolph W. Giuliani said on Monday that he provided President Trump with detailed information this year about how the United States ambassador to Ukraine was, in Mr. Giuliani's view, impeding investigations that could benefit Mr. Trump, setting in motion the ambassador's recall from her post.

In an interview, Mr. Giuliani, the president's personal lawyer, described how he passed along to Mr. Trump "a couple of times" accounts about how the ambassador, Marie L. Yovanovitch, had frustrated efforts that could be politically helpful to Mr. Trump. They included investigations involving former Vice President Joseph R. Biden Jr. and Ukrainians who disseminated documents that damaged Mr. Trump's 2016 campaign, according to The New York Times.

The president in turn connected Mr. Giuliani with Secretary of State Mike Pompeo, who asked for more information, Mr. Giuliani said. Within weeks, Ms. Yovanovitch was recalled as ambassador at the end of April and was told that Mr. Trump had lost trust in her.

The circumstances of Ms. Yovanovitch's ouster after a smear campaign engineered in part by Mr. Giuliani were documented during testimony to the House Intelligence Committee, where she was a key witness in impeachment proceedings against Mr. Trump. Mr. Giuliani has made no secret of his role in flagging concerns about Ms. Yovanovitch to Mr. Trump.

But Mr. Giuliani's account, in an interview with The New York Times on Monday evening, provided additional detail about the president's knowledge of and involvement in one element of a pressure campaign against Ukraine.

In conversations in the first months of the year with the president, Mr. Giuliani, by his account, cast Ms. Yovanovitch as impeding not only investigations in Ukraine that could benefit Mr. Trump, but also Mr. Giuliani's efforts to gather evidence to defend him – and target his rivals – in the United States.

"There's a lot of reasons to move her," Mr. Giuliani said, asserting that his briefings of Mr. Trump and Mr. Pompeo most likely played a role in their decision to recall Ms. Yovanovitch.

"I think my information did," he said. "I don't know. You'd have to ask them. But they relied on it."

He added that he did not recommend that Mr. Trump or Mr. Pompeo recall Ms. Yovanovitch. "I just gave them the facts," he said. "I mean, did I think she should be recalled? I thought she should have been fired." He said, "If I was attorney general, I would have kicked her out. I mean – secretary of state."

Testimony in the impeachment proceedings as well as other information have shown that Mr. Giuliani's claims about Ms. Yovanovitch were either unsubstantiated or were taken out of context. In the interview, he portrayed himself as personally involved in the effort to derail a career diplomat around the time he was considering business arrangements with some of the Ukrainians funneling information to him.

Mr. Giuliani told the president and Mr. Pompeo that Ms. Yovanovitch was blocking visas for Ukrainian prosecutors to come to the United States to present evidence to him – and also to federal authorities – that he claimed could be damaging to Mr. Biden and his son Hunter Biden, and to Ukrainians who distributed documents that led to the resignation of Mr. Trump's 2016 campaign chairman, Paul Manafort.

If you see a spelling error on our site, select it and press Ctrl+Enter
Tags:UkraineUSATrumpambassadorPompeoYovanovitchGiuliani