The Act, among other things, reauthorizes $300 million of funding for the Ukraine Security Assistance Initiative. 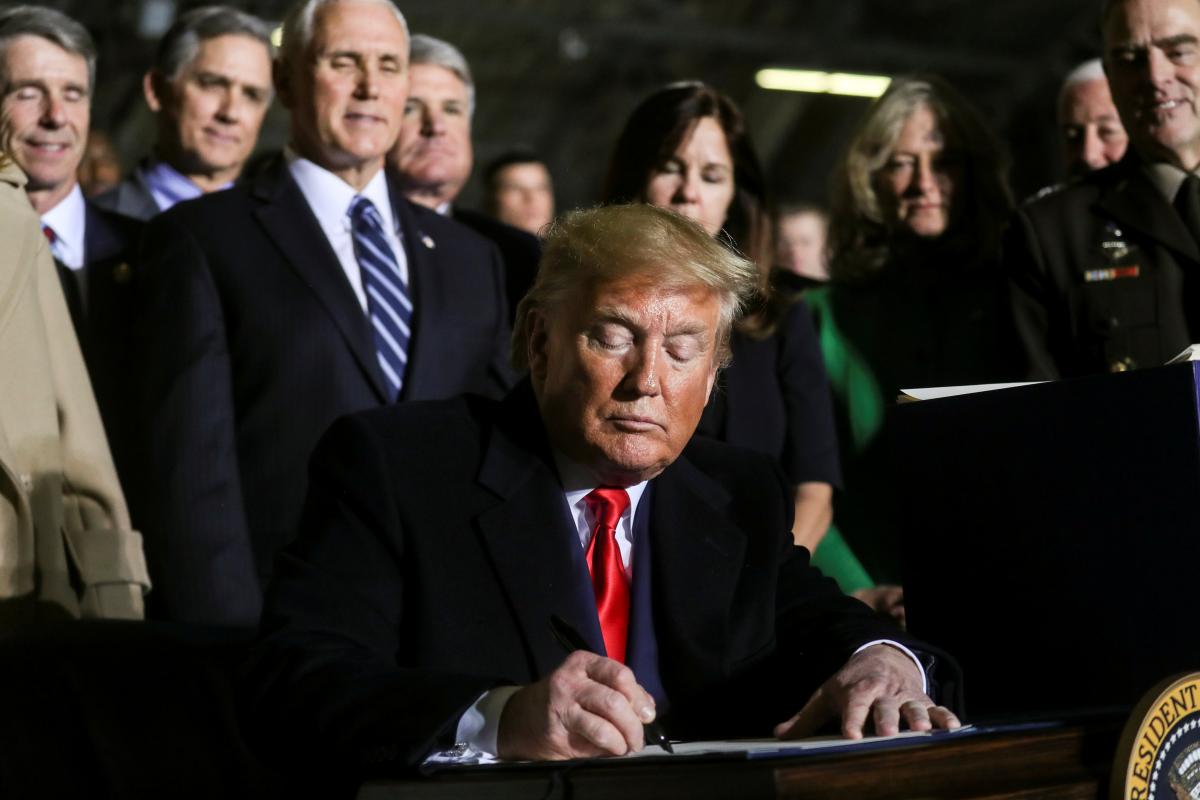 The provision requires vessels laying the Russian pipeline to wind down their work "immediately" or face sanctions, including a freeze on U.S. assets for five years.

The $11 billion Nord Stream 2 project is just weeks away from completion and analysts have been divided on whether the imposition of sanctions at such a late stage will be able to halt the project.

Allseas Group, the Swiss-based company that is laying the last segments of the 1,230-kilometer pipeline, announced it has suspended its activities in anticipation of the enactment.

Nord Stream 2 has the capacity to deliver 55 billion cubic meters of gas annually to Germany, doubling the nation's imports of Russian gas.

The United States has been opposed to the project, claiming it will deepen Europe's dependence on Russian energy and give the Kremlin greater leverage over the nations of Eastern Europe while also boosting its coffers.

Nord Stream 2 would reroute Russian gas bound for Western Europe along the floor of the Baltic Sea.

The launch of Nord Stream 2 and TurkStream, which will carry gas from Russia to Southeastern Europe via an underwater pipeline to Turkey, would essentially end the Kremlin's need to ship natural gas through Ukraine, depriving the country of as much as $3 billion in transit fees.

The United States and Europe have warned Russia against ending transit through Ukraine.

Just hours before Trump signed the NDAA, Russia and Ukraine announced they had finally reached a new gas-transit agreement that will cover the next five years. The existing transit contract was set to expire on January 1, raising concerns of another gas cutoff.

As UNIAN reported earlier, the NDAA, among other things, reauthorizes $300 million of funding for the Ukraine Security Assistance Initiative, to include lethal defensive items as well as new authorities for coastal defense cruise missiles, and anti-ship missiles.

In addition, it envisages a ban on the transfer of U.S. F-35 fighter jets to Turkey.

If you see a spelling error on our site, select it and press Ctrl+Enter
Tags:TrumpNordStream2NDAA