Washington Post: How a Putin ally is aiding Giuliani in Ukraine

Now Mr. Firtash is emerging as a key collaborator in the effort by President Trump's personal attorney Rudolph W. Giuliani to dig up dirt on Mr. Biden. 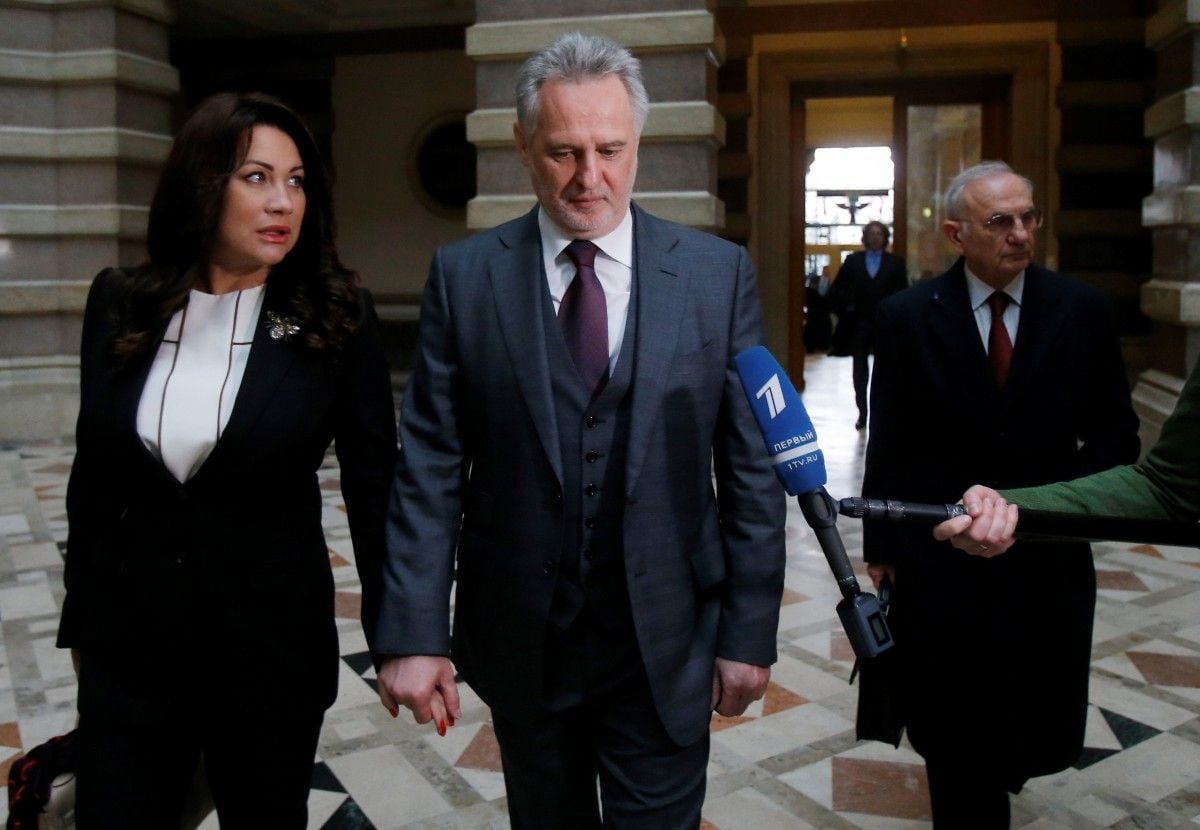 For more than 15 years, Dmytro Firtash has been a central player in Vladimir Putin's campaign to gain control over Ukraine's political system and economy. For several years in the 2000s, and again in the 2010s, Mr. Firtash pocketed billions by acting as a middleman for the Russian state company Gazprom in sales of gas to Ukraine.

According to a 2014 Reuters investigation, a bank controlled by close Putin associates lent him billions more. Mr. Firtash used the money to buy up gas infrastructure inside Ukraine, as well as petrochemical companies, and to bankroll a Putin-controlled politician, Viktor Yanukovych, who became president in 2010, according to The Washington Post.

After Mr. Yanukovych was overthrown by a popular uprising and fled to Russia, then-Vice President Joe Biden pushed Ukraine to adopt reforms cutting middlemen such as Mr. Firtash out of the gas business. But the oligarch retained his Moscow connections: When he was arrested in Austria in 2014 on U.S. criminal charges, Mr. Firtash paid his $155 million bail with a loan from Vasily Anisimov, a member of Mr. Putin's inner circle.

Now Mr. Firtash is emerging as a key collaborator in the effort by President Trump's personal attorney Rudolph W. Giuliani to dig up dirt on Mr. Biden. Last week a U.S. federal prosecutor told a court that Mr. Firtash was the source of a $1 million transfer last September to the wife of Lev Parnas, who was working closely with Mr. Giuliani on the Biden affair until he was arrested in October.

Mr. Parnas's lawyer told the New York Times that Mr. Giuliani dispatched Mr. Parnas and another associate, Igor Fruman, to solicit Mr. Firtash's help in obtaining dirt on Mr. Biden. They urged him to hire two lawyers close to Mr. Trump who were already working with Mr. Giuliani, Victoria Toensing and Joseph DiGenova. Mr. Firtash has paid them $1.2 million to help him fight a U.S. extradition request, including rewarding Mr. Parnas with a referral fee of $200,000, according to the Times.

Since then, an affidavit in Mr. Firtash's case has appeared from a former Ukrainian prosecutor alleging wrongdoing by Mr. Biden. Mr. Giuliani has promoted the document, even though the charges in it have been shown to be false.

The details here are complicated, so allow us to sum up: One of Mr. Putin's foremost agents of influence has delivered more than $2 million to associates of Mr. Giuliani who have worked with him to discredit Mr. Trump's leading Democratic opponent in the 2020 election.

Mr. Firtash's motives might seem obvious: to escape U.S. prosecution and take revenge on Mr. Biden. But he also has an interest in reversing Ukraine's turn toward the West and restoring the pro-Russian regime under which he profited. He has that in common with several other of Mr. Giuliani's sources. During his latest visit to Kyiv this month, Mr. Giuliani met Andriy Derkach, a pro-Russian legislator who is the son of a Soviet KGB officer and attended a KGB academy in Moscow.

And Mr. Giuliani received a goodwill message from Andrii V. Artemenko, another parliamentarian who once sent the White House a proposal for lifting sanctions on Russia and recognizing its annexation of Ukraine's Crimea region.

In short, Mr. Giuliani's mudslinging campaign against Mr. Biden is not only being encouraged by Mr. Trump; it is getting a substantial push from Mr. Putin's close Ukrainian allies. Once again, the president and the Russian ruler have a common cause.

If you see a spelling error on our site, select it and press Ctrl+Enter
Tags:RussiaUkrainePutinUSATrumpFirtashGiuliani