No details were provided, but Russia said on Sunday it had thwarted attacks reportedly planned in St. Petersburg thanks to a tip from Washington. 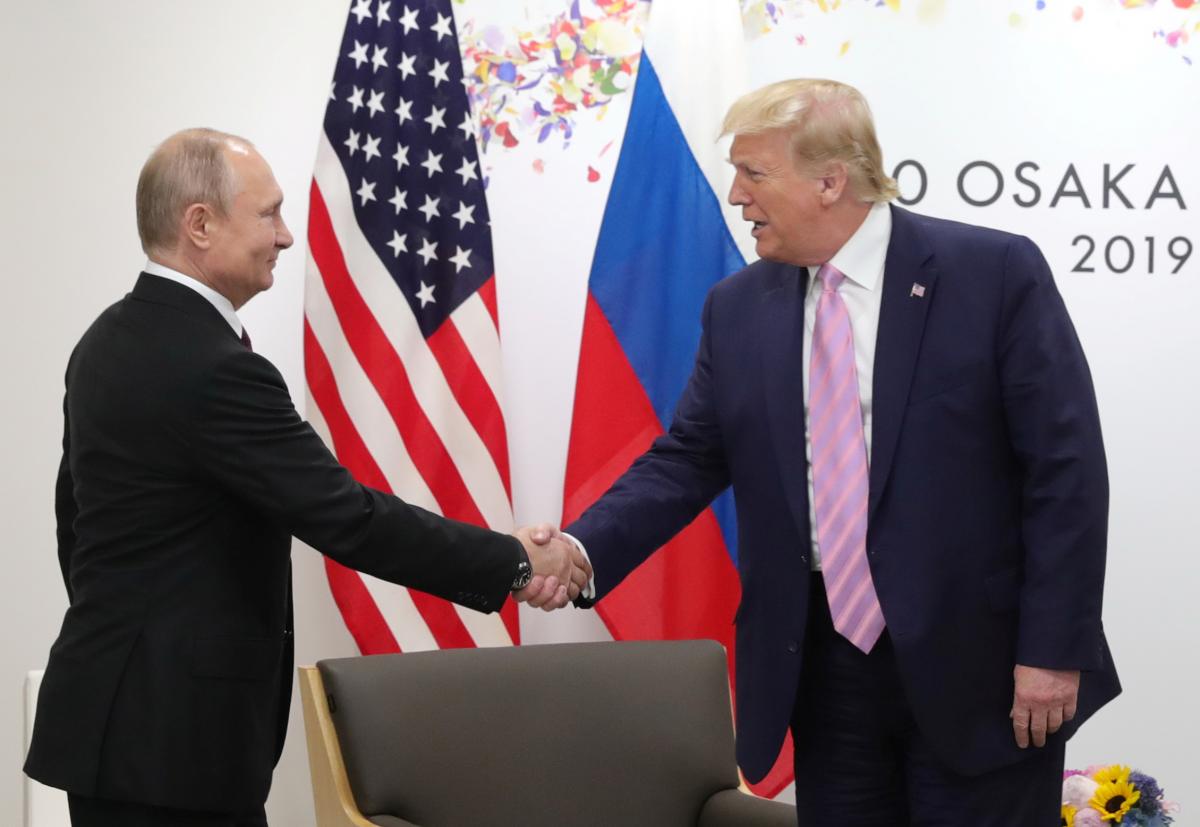 U.S. President Donald Trump and Russian President Vladimir Putin discussed the state of relations between their two countries in a phone call instigated by Putin, the White House said on Monday.

The official reason for the call, according to both sides, was for Putin to thank Trump for what White House spokesman Hogan Gidley said was "information the United States provided that helped foil a potential holiday terrorist attack in Russia," Reuters reported.

No details were provided, but Russia said on Sunday it had thwarted attacks reportedly planned in St. Petersburg thanks to a tip from Washington.

Gidley said both presidents committed to continuing counterterrorism cooperation between the two countries.

"The presidents also discussed the state of relations between the United States and Russia and future efforts to support effective arms control," he said, an apparent reference to Trump's stated desire for a new nuclear arms control deal.

Trump, on a two-week working vacation at his Mar-a-Lago club in Palm Beach, Florida, has longed for strong U.S. relations with Russia and complained that a U.S. probe into whether his 2016 presidential campaign colluded with Russia had stymied him.

He has faced sweeping opposition to warmer ties with Russia from Republican and Democratic lawmakers troubled by Putin's annexation of Crimea and Russian support for separatists in eastern Ukraine, among other strains.

Some new tensions have arisen between the two countries.

Syrian and Russian forces have intensified their bombardment of targets in Idlib, the last significant rebel pocket of Syria. Syrian President Bashar al-Assad has vowed to recapture it.

In another potential strain, Russia joined with China on a draft proposal to the U.N. Security Council to seek a lifting of some U.N.-backed sanctions against North Korea over its nuclear and ballistic missile programs.

The Trump-Putin call came as the State Department announced Secretary of State Mike Pompeo will travel to Ukraine, Belarus, Kazakhstan, Uzbekistan and Cyprus from Jan. 3-7.

If you see a spelling error on our site, select it and press Ctrl+Enter
Tags:RussiaPutinUSATrumpWhiteHousephonetalks