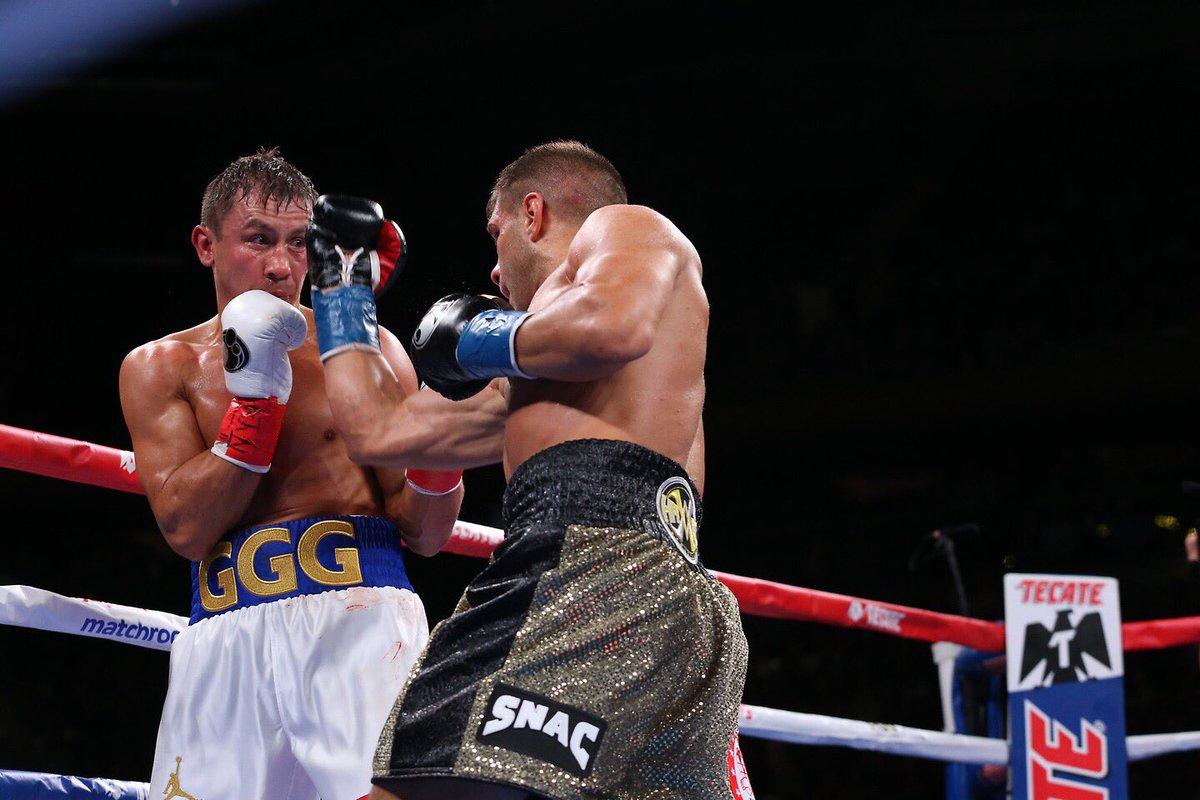 A fight between Gennadiy Golovkin (Kazakhstan) and Sergiy Derevyanchenko (Ukraine) has been named BoxingScene.com's 2019 Fight of the Year.

"Golovkin had no idea then that he was about to engage in the most grueling fight of his celebrated career. A determined Derevyanchenko and a gritty Golovkin spent the next 11-plus rounds ravaging each other in an unbelievably brutal battle boxing fans won't soon forget. Virtually every time Golovkin drilled Derevyanchenko with a punishing punch, the Ukrainian underdog fired back with a strong shot of his own. Both boxers exhibited iron chins and ridiculous resilience," according to BoxingScene.com.

If you see a spelling error on our site, select it and press Ctrl+Enter
Tags:UkraineboxingfightKazakhstan