The fresh protests in Abkhazia are coordinated by Putin aide Vladislav Surkov's group, who are trying to change the puppet leader of Abkhazia, IGTDS reports. 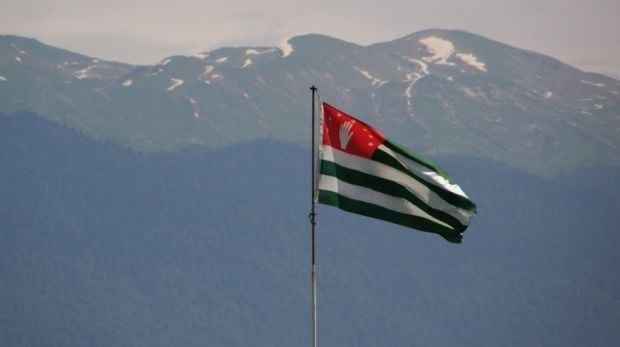 The crisis is unlikely to bring any foreign policy changes as all forces are pro-Russian / panoramio.com

The political crisis in the self-proclaimed and internationally-unrecognized Abkhazia will result in no foreign policy changes, while reflecting the local elites' struggle for Russia's financial support.

On January, 9 a group of protesters stormed the building hosting the "presidential administration" after the local "parliament" adopted a resolution calling on "president" Raul Khajimba to resign, but the latter refused, according to IGTDS think tank.

These demands followed the presidential election of September 9, 2019, where the incumbent Khajimba was re-elected with 47.39% of the vote.

Opposition candidate Alkhas Kvitsinia took 46.17% and suggested that the vote was rigged. Clashes ensued at the opposition rally outside the Supreme Court HQ where activists urged judges to recognize election violations.

In their statements the opposition parties called the incumbent president "illegitimate" and the government – "failed".

One of the main leaders of street protests these days is Akhra Avidzba, originally from Sochi, who took the side of Russian proxy forces in Ukraine's Donbas and is now being joined by some local political figures.

The fresh protests in Abkhazia are coordinated by Putin aide Vladislav Surkov's group, who are trying to change the puppet leader of Abkhazia, IGTDS reports.

The economic situation remains in critical condition. The state's vital operations are exclusively financed by Russia, while Moscow's aid is manually distributed between other puppet territories, too, including South Ossetia, Crimea, and Transnistria).

Abkhazia gets investments mostly in the form of Russia's state assistance, as well as corruption-laden funds from the Turkish Abkhaz community which supports the Abkhaz government. Any "issues" with government agencies and partners are solved by local gangsters in extra-judicial manner.

Attacks, raids, kidnappings, and murders of Russian businessmen made several Russian MPs and members of the Federation Council appeal for justice to the Office of the Prosecutor General, the Investigative Committee, and the Foreign Ministry of Russia.

The main reason for the Russia-inspired protests lies in the local struggle for Russian financial support.

Since both the government and the opposition are pro-Russian, the Kremlin is interested in the political player who would request less assistance, while opening the market for Russians and sealing better control over the government.

The rally was more likely orchestrated in Moscow to discourage Khajimba, analysts say. However, they add, the Kremlin sits well with any outcome and expects the ultimate result will be in favor of the strongest leader whom they will then support.

Despite some hopes that Raul Khajimba would flee from office as months of a tough race left him in a vulnerable position, Khajimba is unlikely to hand power to a mob of protesters.

He stated readiness to declare a state of emergency in the "republic" and branded the ongoing developments a coup.

Thus, by attempting to hold on to power, Khajimba could spark a wave of clashes between the Abkhaz clans.

If you see a spelling error on our site, select it and press Ctrl+Enter
Tags:RussiaprotestsinfluenceAbkhazia