UN: World hunger falls to under 800 million, eradication is next goal 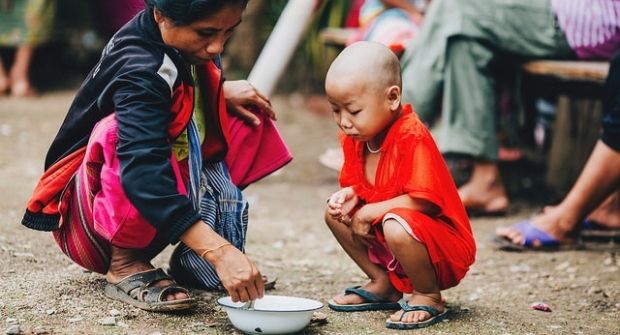 In the developing regions, the prevalence of undernourishment - which measures the proportion of people who are unable to consume enough food for an active and healthy life – has declined to 12.9 percent of the population, down from 23.3 percent a quarter of a century ago reports SOFI 2015, published today by the Food and Agriculture Organization of the United Nations (FAO), the International Fund for Agricultural Development (IFAD) and the World Food Programme (WFP).

A majority – 72 out of 129 – of the countries monitored by FAO have achieved the Millennium Development Goal target of halving the prevalence of undernourishment by 2015, with developing regions as a whole missing the target by a small margin. In addition, 29 countries have met the more ambitious goal laid out at the World Food Summit in 1996, when governments committed to halving the absolute number of undernourished people by 2015.

"The near-achievement of the MDG hunger targets shows us that we can indeed eliminate the scourge of hunger in our lifetime. We must be the Zero Hunger generation. That goal should be mainstreamed into all policy interventions and at the heart of the new sustainable development agenda to be established this year," said FAO Director General José Graziano da Silva.

"If we truly wish to create a world free from poverty and hunger, then we must make it a priority to invest in the rural areas of developing countries where most of the world's poorest and hungriest people live," said IFAD President Kanayo F. Nwanze. "We must work to create a transformation in our rural communities so they provide decent jobs, decent conditions and decent opportunities. We must invest in rural areas so that our nations can have balanced growth and so that the three billion people who live in rural areas can fulfill their potential."

"Men, women and children need nutritious food every day to have any chance of a free and prosperous future. Healthy bodies and minds are fundamental to both individual and economic growth, and that growth must be inclusive for us to make hunger history," said WFP Executive Director Ertharin Cousin.