EC First Vice-President Timmermans: Return to G8 format not on the agenda

Frans Timmermans, the First Vice-President of the European Commission in charge of Better Regulation, Inter-Institutional Relations, the Rule of Law and the Charter of Fundamental Rights, says that the return to the G8 format is not on the agenda now. 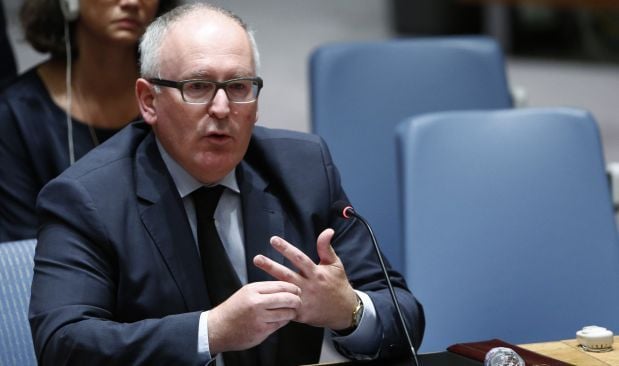 "Following the illegal annexation of Crimea, G7 leaders decided to suspend the participation [of Russia] in the G8 until Russia changed course," Timmermans said in the European Parliament in Brussels on Wednesday during debates on preparations for the G7 summit, which is to be held in Germany on June 7-8.

"This is clearly not yet the case, and the return to the G8 format is not on the agenda," he added.