Despite vows not to change legislation to run for the third term, Putin may stay in power by taking the helm of the newly-created State Council. 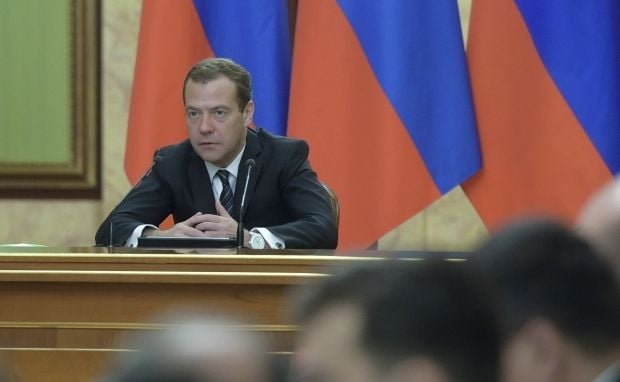 Russian Prime Minister Dmitry Medvedev on Wednesday, January 15, told Russian President Vladimir Putin that the entire government is resigning, according to an UNIAN correspondent in Russia.

Medvedev made the move after Putin delivered his address to the Federal Assembly with a proposal to amend the Russian Constitution.

In turn, Putin proposed introducing a new post of deputy secretary of the Russian Security Council and appointing Medvedev to take it up.

In 2024 Putin's presidential powers expire. According to the Constitution of the Russian Federation, he can no longer run for the post of head of the Russian state. At the same time, Putin offered to consolidate in the Constitution the powers and role of the newly-created State Council. If the new body receives wide powers, Putin could prolong his actual rule by becoming its head.

Crazy day in Moscow politics. Basically, Putin has removed Medvedev as PM & will take all the decisions DM wld normally have taken; he's asked ministers to stay in place until there's a new cabinet.

Medvedev will be deputy of the Security Council - out of the way?

The outgoing government will remain in situ until the new one is appointed, according to BBC.