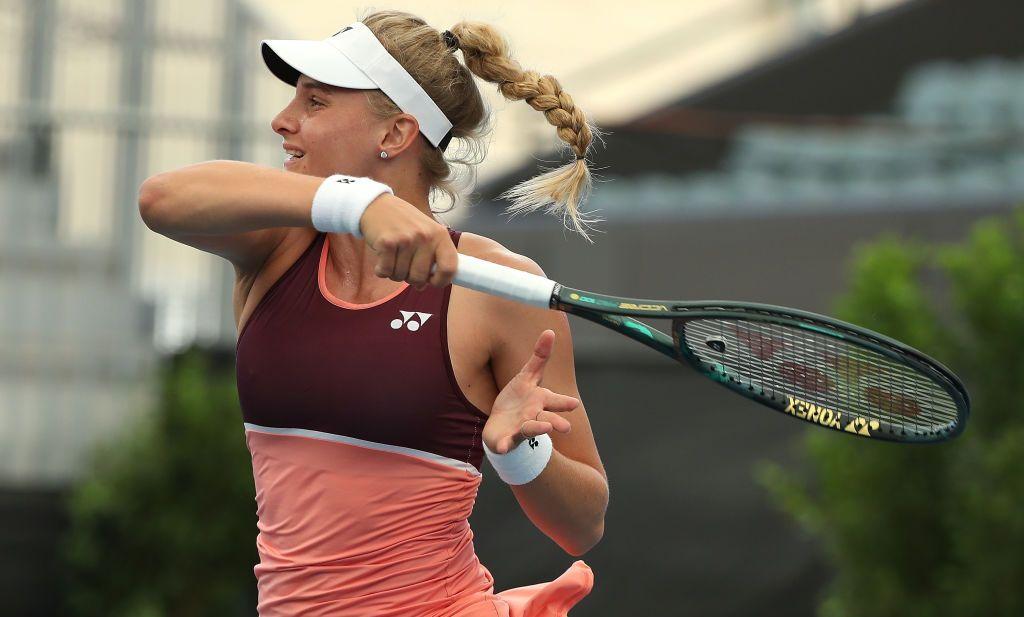 Dayana Yastremska maintained her mastery over Donna Vekic to advance to the semifinals of the Adelaide International.

The 19-year-old Ukrainian scored a 6-4, 6-3 victory over the World No.20 to earn the first berth in Friday's semifinals, extending her head-to-head record against Vekic to 3-0, WTA wrote.

It was a commanding performance by the World No.24, who has yet to lose a set again Vekic, as she served seven aces and tallied 23 winners in just 68 minutes on court.

"It's nice to be in the semifinals just in the beginning of the year," Yastremska said after the match. "I'm not playing my best game, but it's still nice, because now after the preseason I try to do the things I have been practicing. I'm just getting my form."

A late break in each set helped Yastremska book her place in the final four, as she never faced a break point herself after losing serve at 2-0 in the opener.

From 4-4 in the first and 3-3 in the second, the Ukrainian No.2 found another gear, as she ultimately racked up nearly double the Croatian's winners over the course of the match.

"I'm just really proud of myself that I could really stay 100% focused each practice that I was doing in preseason, because it wasn't easy...when you're really tired physically, mentally, but you still have to keep going and work each practice," she said.

"Because after, when you play tournaments, it's the same thing. When you get really tired, you have to give it a little bit more. I think I'm proud that I could really be able to always stay same, I could hold the same level for each practice till the end. That was the goal, to keep always same level.

"I don't really care with who I'm playing. I just try to do my things and focus on myself. That's it. I'm playing with the ball, not with the opponent."

With a berth in her first final of the season on the line, Yastremska will next face either No.2 seed Simona Halep, for the first time, or No.6 seed Aryna Sabalenka, who she is 2-0 against.

"I've never played with her before, and I'm really interest[ed] to play with a player like her," Yastremska said. "I think her movement on the court. She's very fast. She feels the right position on the court where she has to be, so that's the kind of thing I was learning from her. I'm just really curious how it's gonna look.