The BBC traced Nazzaro and his Russian wife to an upmarket property in central St Petersburg purchased in her name in July 2018 – the same month to which the FBI dates the creation of The Base. 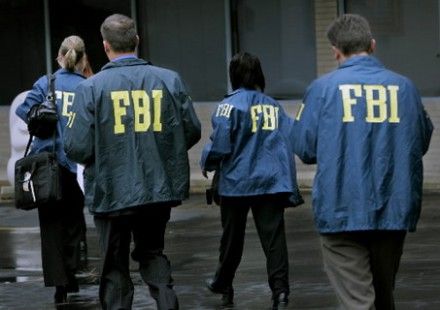 The organization has been a major counterterrorism focus for the FBI / intellihub.com

The American founder of U.S.-based militant neo-Nazi group The Base is directing the organization from Russia, a BBC investigation has found.

The Base is a major counter terrorism focus for the FBI. Seven alleged members were charged this month with various offenses, including conspiracy to commit murder.

The FBI describes The Base as a "racially motivated violent extremist group" that "seeks to accelerate the downfall of the United States government, incite a race war, and establish a white ethno-state".

The leader's real identity had long been a mystery. However, multiple images and videos of Nazzaro - taken over several years in both the USA and Russia - show the man known to be The Base founder, who goes by the two aliases. He has previously used photographs of himself when promoting the group online.

Last year Nazzaro was listed as a guest at a Russian government security exhibition in Moscow, which "focused on the demonstration of the results of state policy and achievements".

A video posted online in March 2019 shows Nazzaro in Russia wearing a t-shirt bearing an image of President Vladimir Putin along with the words "Russia, absolute power".

The BBC traced Nazzaro and his Russian wife to an upmarket property in central St Petersburg purchased in her name in July 2018 – the same month to which the FBI dates the creation of The Base.

Records show that, before moving to Russia, Nazzaro ran a company registered in New York that offered access to a "network of security professionals" with expertise in intelligence, counterterrorism, counterinsurgency, and psychological operations.

A website for the firm - Omega Solutions - once stated: "Our associates have worked with various government and military agencies, including multiple wartime deployments to Iraq and Afghanistan".

When we visited the company's one-time address it was little more than a mail drop, although the firm officially remains active and has a current insurance policy.

Property records show that an apartment associated with Nazzaro in New Jersey was given as the address for an entity called "Base Global" when it purchased land in the US state of Washington.

Nazzaro married a Russian woman in Manhattan in 2012. She had moved to the city from her homeland around four years earlier and her CV says she spent time working in a bank.

In 2018 – when he first began promoting The Base online using the "Norman Spear" pseudonym – they moved with their children to Russia.

In social media posts that year, "Norman Spear" asked for volunteers possessing various skills, including with weapons, for his new organization.

Audio recordings posted online capture "Spear" lecturing on subjects such as "guerrilla warfare". He is variously described as a military veteran, a former CIA field officer, and a defense studies expert.

"Norman Spear" was previously associated with an obscure movement that seeks a "white homeland" in the U.S. Pacific Northwest, which includes the area where "Base Global" purchased land.

Following the nationwide FBI arrests of alleged Base members last week, an online channel used by the group to post propaganda carried a defiant statement from "Roman Wolf", saying "we will continue our struggle for survival undeterred".

The case against three alleged members states that the group leader instructed them to use coded language, or cyphers, when communicating, a tactic which the men are said to have employed.

The trio, accused of conspiring to murder an anti-fascist couple and their children, were allegedly counseled by the leader to carry out "non-attributable actions but that will still send a message".

A separate Guardian investigation has today also named Nazzaro as leader of The Base.