SIPRI has identified information from 2015-17 on the value of arms sales by major Chinese arms companies. 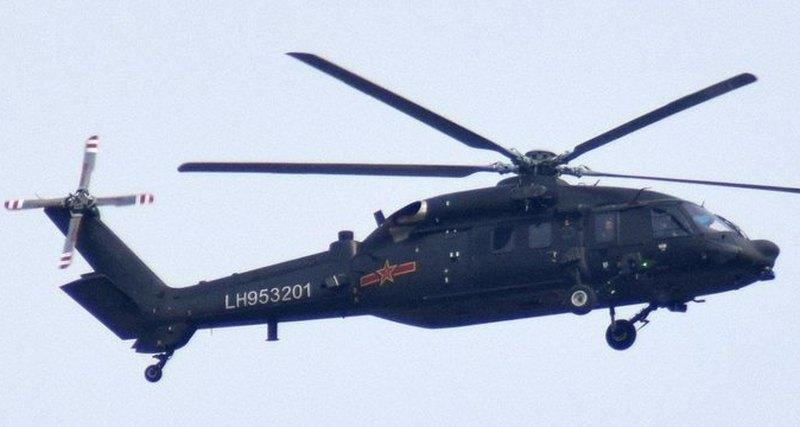 New research from the Stockholm International Peace Research Institute (SIPRI) suggests that China is the second-largest arms producer in the world, behind the United States but ahead of Russia.

In the past, a lack of transparency has meant that the value of Chinese companies' arms sales has been either unknown or difficult to reliably estimate. For this reason, the SIPRI Top 100 – an annual ranking of the world's 100 largest arms-producing and military services companies – has so far not been able to include Chinese arms companies, the agency said in a press release on January 27, 2020.

SIPRI has identified information from 2015-17 on the value of arms sales by major Chinese arms companies. The research looks at four companies for which credible financial information is available.

The largest of the Chinese companies is Aviation Industry Corporation of China (AVIC), which, with arms sales totaling US$20.1 billion, would rank sixth largest in the world. China North Industries Group Corporation (NORINCO), which would place eighth in the Top 100 with sales of US$17.2 billion, is in fact the world's largest producer of land systems. 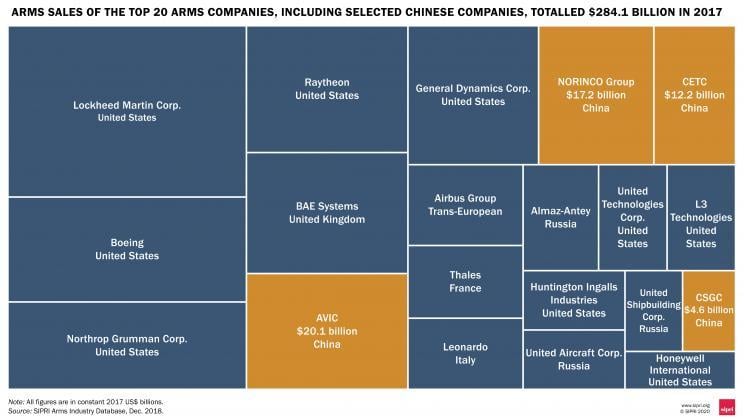 Figures are also given for Chinese corporations CETC (US$12.2 billion) and CSGC (US$4.6 billion).

According to SIPRI, these new estimates are most likely still an underestimate. A lack of transparency in the arms sales figures of Chinese arms companies continues to hinder a complete understanding of China's arms industry. This new research, however, acts as an important scoping study that opens the possibility for further research and prepares the ground for a fuller estimate of Chinese arms sales.

As UNIAN reported earlier, Ukraine ranked 12th among the world's 25 largest arms exporters, according to SIPRI's research published on March 11, 2019.