The trial will resume in the Senate later on January 27. 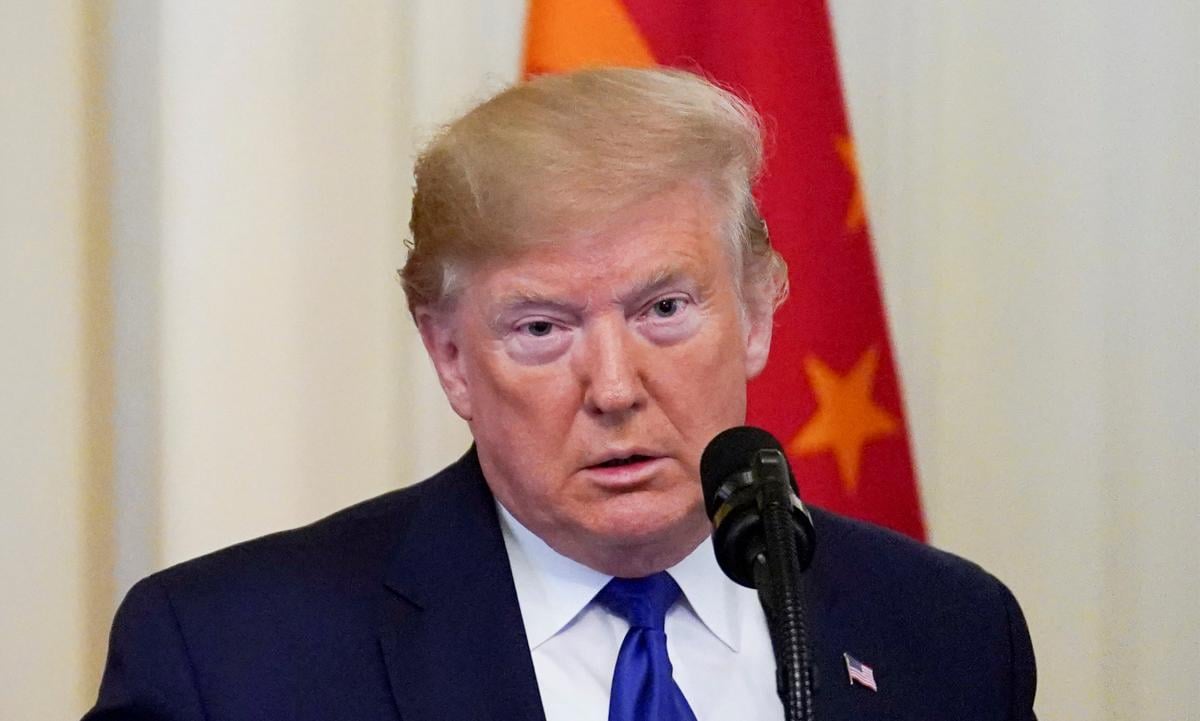 Former national-security adviser John Bolton has made claims in an unpublished book that U.S. President Donald Trump wanted to freeze aid to Ukraine unless it investigated his political rivals, The New York Times reports.

The January 26 report said Bolton writes in the book that Trump had told him he wanted to withhold hundreds of millions of dollars in security aid to Ukraine until it helped him with investigations, including into former Vice President Joe Biden and his son, Radio Free Europe / Radio Liberty (RFE/RL) said.

Read alsoRFE/RL: Trump heard asking on tape: How long can Ukraine last 'in fight with Russia'?

After the report went online, Democrats renewed their demand for Bolton to be called to testify in Trump's impeachment trial in the Senate. The president faces one charge of abuse of power and another on obstruction of Congress over his alleged efforts to prod Ukraine to investigate his political rivals while withholding US$391 million in military assistance to Kyiv.

The trial will resume in the Senate later on January 27.

Trump denied the claim in a series of tweets early on January 27, saying: “I NEVER told John Bolton that the aid to Ukraine was tied to investigations into Democrats, including the Bidens."

"In fact, he never complained about this at the time of his very public termination. If John Bolton said this, it was only to sell a book," he added.

The document has been sent to the White House for prepublication review, a standard practice for some current and former administration officials who write books.

Bolton left the White House a day before Trump ultimately released the aid to Kyiv on September 11 and has told lawmakers he is willing to testify, despite the president’s order barring aides from cooperating in the proceedings.

A July 25 phone call between Trump and Ukrainian President Volodymyr Zelensky is at the center of the trial. A rough transcript of the conversation revealed that the U.S. president had urged his Ukrainian counterpart to investigate Biden, who is seen as a potential opponent in this year's presidential election in November. His son Hunter Biden was a paid board member of a Ukrainian energy firm when he served as vice president.

Critics say the crucial military aid to Kyiv was withheld as leverage.

"John Bolton has the evidence," tweeted Senate Minority Leader Chuck Schumer (Democrat-New York). "It's up to four Senate Republicans to ensure that John Bolton, [acting White House chief of staff] Mick Mulvaney, and the others with direct knowledge of Trump's actions testify in the Senate trial."

The Democrats need at least four Republicans to vote with them to seek witness testimony in the trial. However, the legislative chamber is controlled by Trump's fellow Republicans.

RFE/RL has not confirmed the contents of the draft of Bolton's book.

He left his post after disagreements with the president. Trump said he fired him. Bolton said he resigned.

Democrats in the U.S. House of Representatives have charged Trump with abuse of office and obstruction of Congress. A trial is under way in the Senate to decide whether to convict and remove the president from office. The chamber's 100 senators are the jurors in the trial.

Trump has denied wrongdoing and has called the impeachment proceedings a "witch hunt."

Day seven of the impeachment trial begins on January 27 with Trump's defense team expected to continue presenting opening arguments. Other legislative work is possible as well.

If you see a spelling error on our site, select it and press Ctrl+Enter
Tags:UkraineTrumpaidbookmilitaryaidBolton