Western countries should immediately increase the efficiency of their conventional weapons in order to be able to confront the aggressive policies of Russian President Vladimir Putin, according to Roderic Lyne and Andrew Wood in a Chatham House Report "The Russian Challenge," the BBC reported on Thursday. 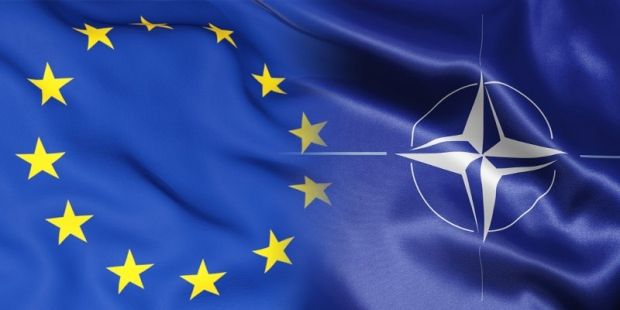 "The war in Ukraine and Vladimir Putin’s bid to overturn the post-Cold War international settlement in Europe have forced many Western governments to reappraise their approach to Russia," the report reads.

"Until 2003, it was widely believed that a modernizing Russia might be accommodated into the international system as a constructive and benign actor. Variations on this view have given way to the realization that Russia, on its present course, cannot be a partner or ally, and that differences outweigh any common interests.

Russia faces mounting internal difficulties, including a weakening economy and a political culture that stifles enterprise and society. The combination of these forces imperils both security in Europe and stability in Russia. The Russian challenge, which this report sets out to examine, is therefore twofold: it is a challenge to the West, in terms of managing the increasing threats Russia poses to international order; and to Russia itself.

President Putin’s options are uncomfortably narrow. Russia’s longer-term interests would best be served by structural reforms at home and mutual accommodation with outside powers, small as well as great. But such policies would threaten the ability of Putin and his circle to hold on to power. While a reforming Russia would benefit from closer integration with the European Union, the Kremlin now opposes EU enlargement into its claimed ‘sphere of interest’ as adamantly as the enlargement of NATO. Putin has intensified the policies he adopted following his return to the titular presidency in May 2012: increased domestic repression; more centralized direction of the economy; the fomenting of anti-Western nationalism; increased defense expenditure; and the pursuit of hegemony over as much of the post-Soviet space as possible.

These choices have boxed the regime in. Russia needs reform, but the domestic political obstacles to it are daunting. At the same time, if Moscow maintains its current course – in both economic management and international relations – this will be increasingly dangerous for Europe and costly, if not disastrous, for Russia.

Russia’s changed outlook on the West

President Putin’s ‘new model Russia’ is that of an independent Great Power resuming its geopolitical position on its own terms. This reflects a deep sense of insecurity and a fear that Russia’s interests would be threatened if it lost control of its neighborhood. The model is fundamentally at odds with a Europe that has moved on to a different conception of international order. As a result, the prospect of a strategic partnership with Russia, yearned for by many in the West, has become remote in the face of incompatible interests and irreconcilable values.

Putin’s model plays strongly to the personal interests of the clans affiliated with his personal leadership, but it has been marketed to appeal to the patriotic instincts of the wider Russian population. The ruling group’s control of the economy and the levers of power – civil administration, the armed forces and the security organs – will not be easily shaken. However, the regime is now facing the most serious challenge of its 15 years in power. Over time, economic pressures, combined with the unsustainable extent of top-level corruption, will generate a growing imperative for change. The new model Russia is not sustainable, and Western governments need to consider their responses to various scenarios for change.

Ukraine: a war of narratives and arms

The conflict in Ukraine is a defining factor for the future of European security. The Kremlin perceives that Europe lacks the will to pay the necessary price to defend its principles. Moscow has underestimated the coherence and resilience of Ukraine, but this does not mean that it cannot achieve its core objectives: to wreck Ukraine if it cannot control it, to preserve Russia’s western borderlands as a ‘privileged space’, and to make Europe accept that ‘there can be no security without Russia’.

For the Kremlin, war is a clash of wills as much as resources. In the absence of constraints on Russian military power, the risk is not that Russia could impose a military solution, but that it might enforce a political one that would damage the West’s interests and nullify its efforts. A solution based on terms dictated by today’s Russia would not last.

The root cause of the Ukraine crisis lies in Russia’s internal development, and its failure to find a satisfactory pattern of development following the collapse of the Soviet Union. Putin and his circle are not the same as Russia and its people, and their interests do not necessarily coincide.

The West has neither the wish nor the means to promote, or for that matter to prevent, regime change in Russia. But Western countries need to consider the possible consequences of a chaotic end to the Putin system.

Western policy-makers will continue to differ in their assessments of the extent of the Russian challenge and the best ways to respond to it. But the consensus is emerging that Russia cannot be integrated into the sort of rules based international order in Europe that all European states subscribe to, unless and until there is a fundamental change of direction in Moscow. It is a change that must come from within.

The West therefore needs to develop and implement a clear and coherent strategy towards Russia. As far as possible this must be based on a common transatlantic and European assessment of Russian realities. In particular, policy must be based on the evidence of Russia’s behavior, not on convenient or fashionable narratives.

Overall Western cohesion is critical for success. The main actors, at least, need to be aligned and working closely together. This Western strategy needs to include the following clear goals, and establish the near-term means and longer-term capabilities to achieve them."