The Moscow-based First Czech-Russian Bank issued the loan in September 2014 to Le Pen's National Front party, which has since been renamed National Rally. 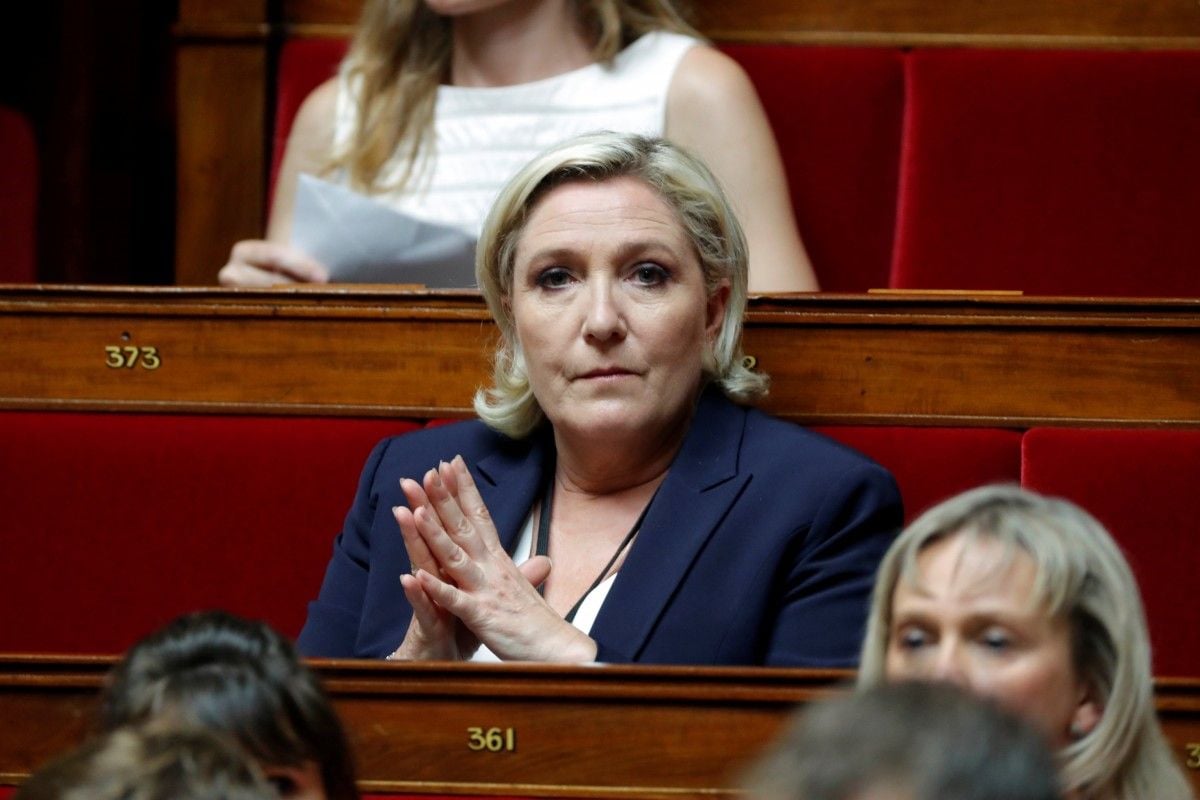 An obscure Russian aircraft parts company is suing the political party led by French far-right politician Marine Le Pen to recover a $10.8 million that was lent in 2014 to help fund election campaigns in France.

The first hearing in the case is scheduled for June 2 at the Moscow City Court of Arbitration, Russian investigative website Open Media reported on February 3, citing court records, according to RFE/RL.

Le Pen has made no secret of her sympathy for Russian President Vladimir Putin and visited Moscow for high-level talks numerous times. She has criticized Western sanctions against Russia over its annexation of Ukraine’s Crimean Peninsula and support for separatists in eastern Ukraine.

The Moscow-based First Czech-Russian Bank issued the loan in September 2014 to Le Pen's National Front party, which has since been renamed National Rally.

The money was sought because French and other European banks had refused to lend money to the political party ahead of the 2017 presidential and parliamentary elections, then-party treasurer Wallerand de Saint Just told RFE/RL.

At the time the loan was given, critics accused the National Front of being used as a vehicle by the Kremlin to lobby its political interests in France.

De Saint Just insisted the deal with the now-defunct Russian bank had "nothing do with Mr. Putin’s politics."

After the bank lost its license in 2016, rights to the loan passed for unknown reasons to Konti, another little-known Russian company.

According to Open Media, Konti is registered on the outskirts of Moscow and owns a car rental agency.

It subsequently transferred claiming rights to the loan to Aviazapchast, "an aviation company involved in high-priority strategic partnerships for the Russian state, including exports to the Syrian Ministry of Defense," a report by the U.S.-based German Marshall Fund said in 2018.

Specifically, it supplies Russian aircraft navigation equipment and spare parts to Asia and Africa, as well as special metals for India’s and Syria’s aerospace and aviation industries, according to The Moscow Times.

Aviazapchast filed its claim on the loan on December 4.

The German Marshall Fund at the time said the value of the loan to the French party was equivalent to Aviazapchast’s pretax profit in 2016.

Russia's Justice Ministry blacklisted the U.S. think tank in March 2018 among other foreign and international nongovernmental organizations, "whose operation has been recognized as undesirable on Russian territory."

If you see a spelling error on our site, select it and press Ctrl+Enter
Tags:RussialoanFrancedebtLePen