The Senate acquitted President Trump on both articles of impeachment. 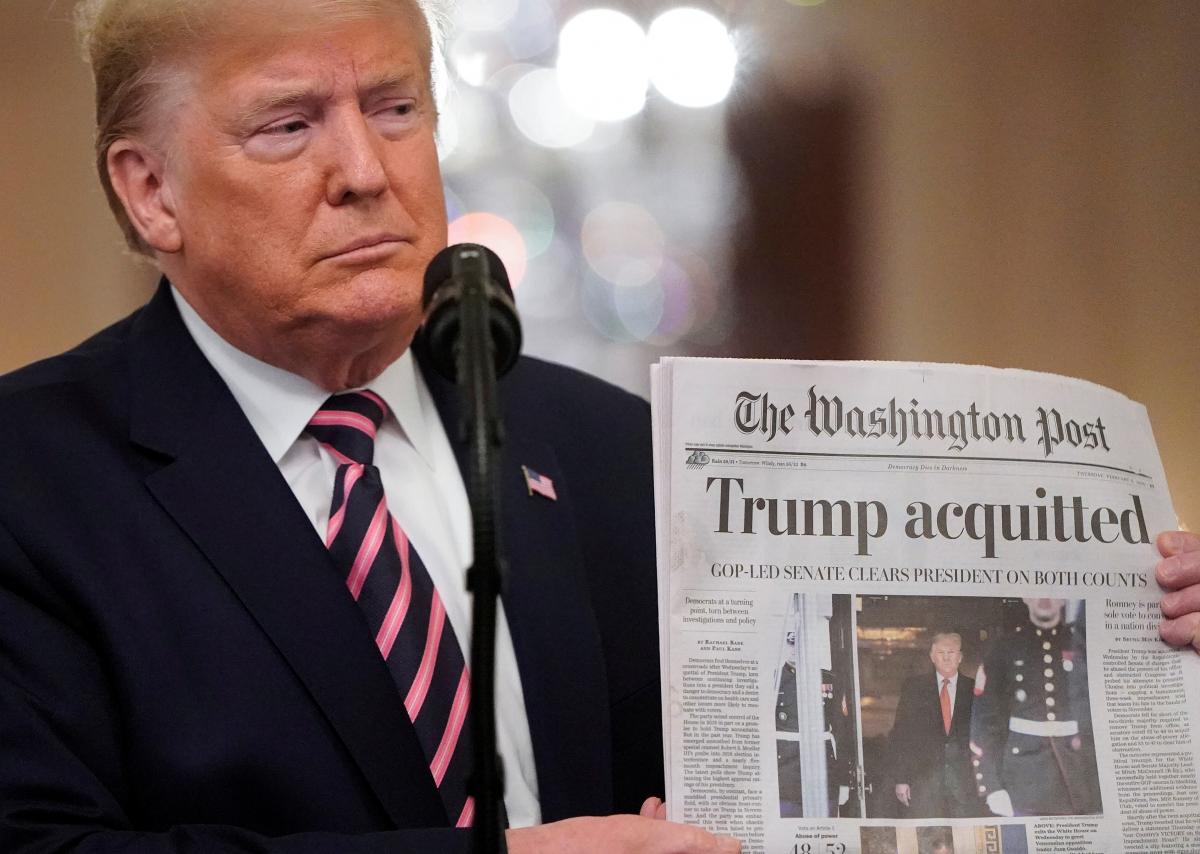 U.S. President Donald Trump, who has been acquitted by the U.S. Senate, has described the impeachment procedure as "hell."

He says "this is a political thing" and "this should never, ever happen to another president, ever." "I don't know that other presidents would have been able to take it," he said.

The U.S. president added that the "witch hunt" against him began as soon as he launched his previous election campaign.

"We had the witch hunt. It started from the day we came down the elevator, myself and our future First Lady, who's with us right now. Thank you, Melania. And it never really stopped. We've been going through this now for over three years. It was evil. It was corrupt," he said.

The U.S. president also called the Speaker of the House of Representatives, Nancy Pelosi, who announced the formal impeachment inquiry of Trump, a "horrible person." Once again, he mocked her words that she was praying for his good.

"Nancy Pelosi is a horrible person. And she wanted to impeach a long time ago. When she said, 'I pray for the President. I pray for the…' – she doesn't pray. She may pray, but she prays for the opposite. But I doubt she prays at all," he said.

Trump held up a copy of The Washington Post to show its banner headline, "Trump Acquitted," saying that was "the only good headline" he has ever had in that newspaper.

As was reported, the Senate on February 5 acquitted President Trump on both articles of impeachment, abuse of power and obstruction of Congress.

As UNIAN reported, the United States in September 2019 launched a probe into the possibility of Trump's impeachment after a whistleblower's complaint about the pressure that the U.S. president was allegedly exerting on Ukrainian President Volodymyr Zelensky to "dig up dirt" on his potential 2020 election rival Joe Biden.