The interview was part of a video series titled "Face to Face". 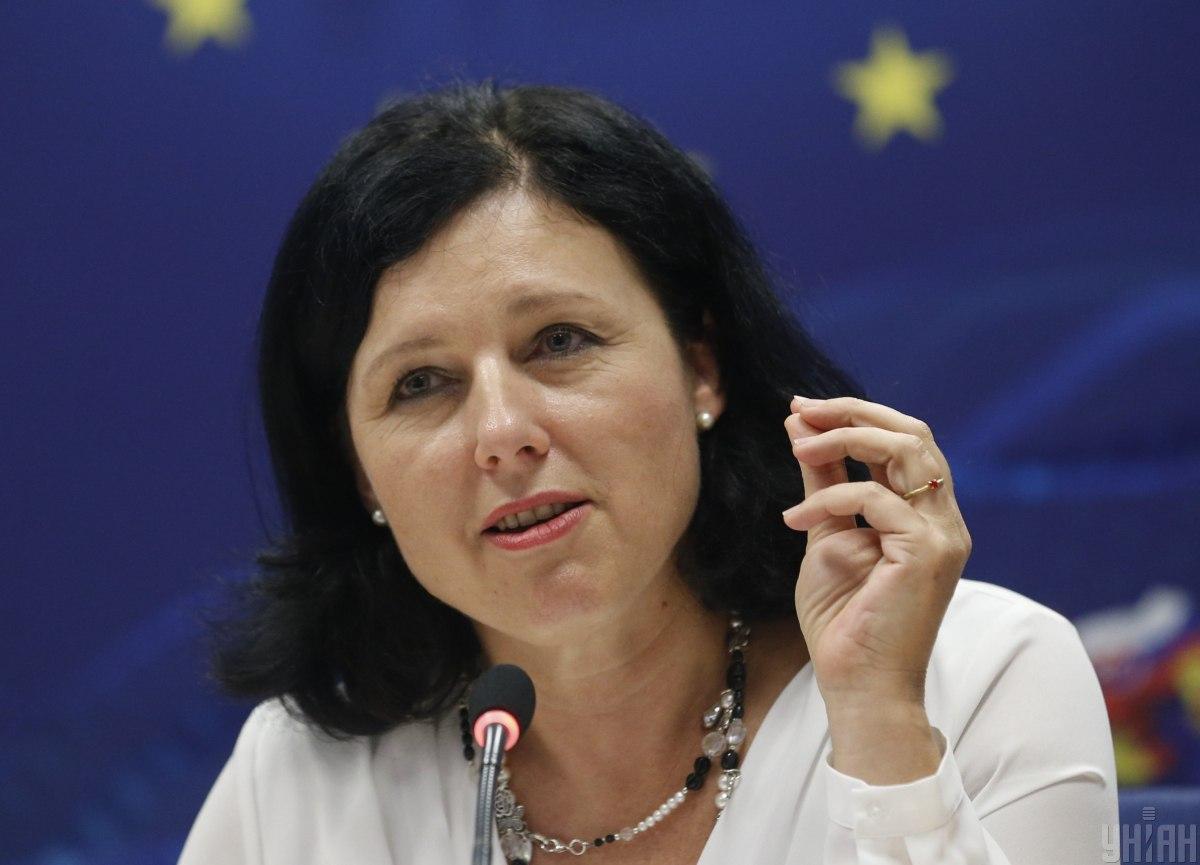 Věra Jourová, Vice President of the European Commission for Values and Transparency, has suggested in a video interview that she would give Crimea back to Ukraine if she had an opportunity to take up Russian President Vladimir Putin's post for just one day.

The interview was part of a video series titled "Face to Face", the project by the Alliance of Liberals and Democrats for Europe party where it has engaged with European Commissioners in an informal way to give the audience an opportunity to see high-level political figures from a more personal angle.

Asked, with which politician she would switch place for one day, the official said: "I think I would switch to Moscow and replace Vladimir Vladimirovitch Putin. If I have one day, I would give Crimea back to Ukraine."

UNIAN memo. Russia occupied the Ukrainian Crimea, introducing the military into the peninsula and organizing in March 2014 a pseudo-referendum on its self-determination.

The self-proclaimed Crimean authorities said that 96.77% of the inhabitants of the peninsula supported the accession of Crimea to the Russian Federation.

If you see a spelling error on our site, select it and press Ctrl+Enter
Tags:CrimeaPutinEuropeanCommission