Several mosques have been hit in a series of explosions in the Yemeni capital, Sanaa, causing dozens of casualties, the BBC reported on Wednesday. 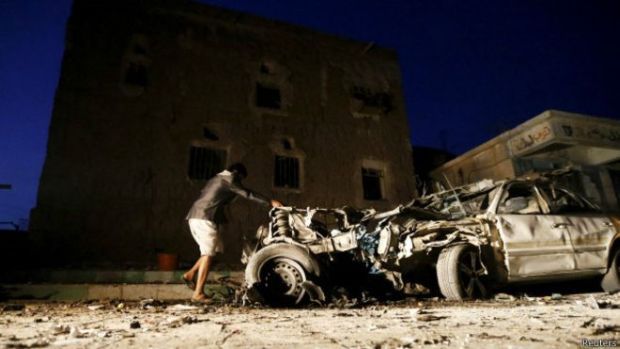 At least two blasts were caused by car bombs. Health and security officials said more than 20 people had died.

Pictures posted on Twitter showed flames leaping from the site of one of Wednesday's blasts, and residents said ambulances were rushing to the scene.

A building reportedly used as the headquarters of Houthi rebel officials was also hit.

The Islamic State (IS) militant group, which has carried out attacks in Sanaa before, said it was behind the blasts.

In a statement posted online, IS said that four car bombs targeted two areas of worship, as well as a house and an office belonging to what it called "Houthi apostates", referring to the Shia Houthi rebels.

In March, IS attacks on mosques used mainly by Houthis left more than 130 people dead.

Yemen has been in turmoil since Houthi rebels overran Sanaa last September, forcing the government of President Mansour Abdrabbuh Hadi to flee.

In late March, a coalition led by Saudi Arabia began targeting the rebels with air strikes. Since then, more than 2,000 people have been killed in the conflict, including at least 1,400 civilians, according to the UN.