Mark VI can sustain a firefight for 45 minutes. 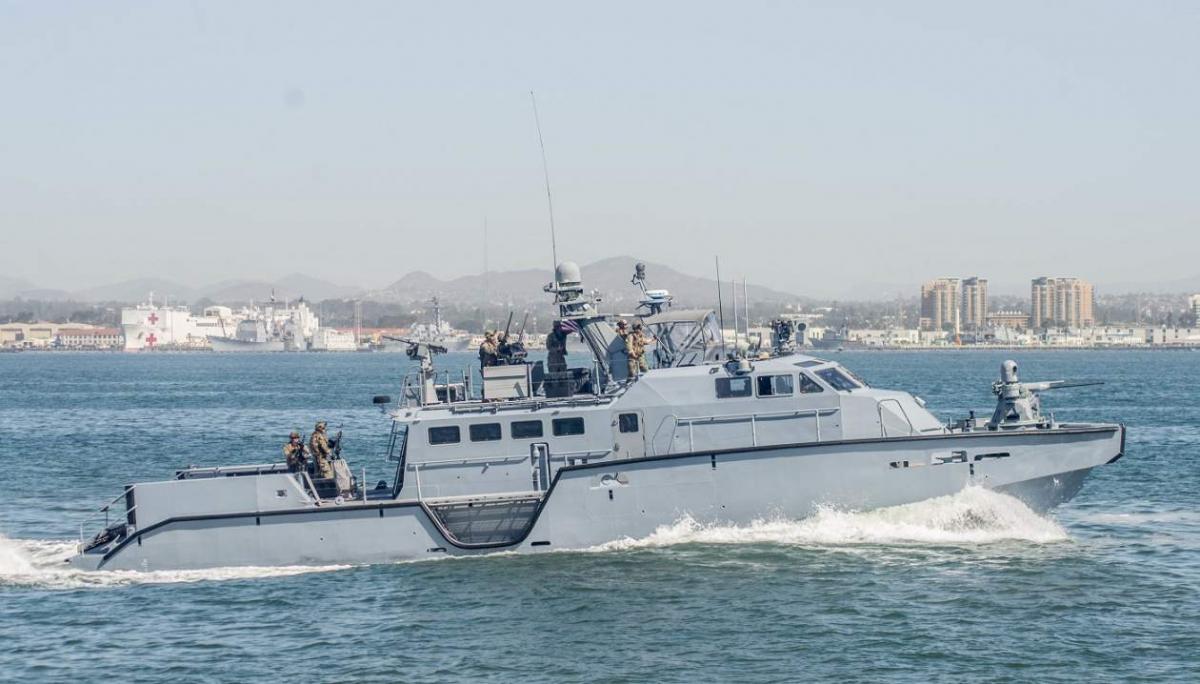 The Pentagon has notified the U.S. Congress of its intention to supply the Ukrainian armed forces with $125 million in new assistance. The military aid package includes at least one 85-feet-long Mark VI gunboat, a type in service with the U.S. Navy's little-known riverine force.

Ukraine could get a powerful new gunboat. But it's not clear how long it might last in a war with Russia, David Axe wrote for National Interest.

The Pentagon has notified the U.S. Congress of its intention to supply the Ukrainian armed forces with $125 million in new assistance.

The military aid package includes at least one 85-feet-long Mark VI gunboat, a type in service with the U.S. Navy's little-known riverine force.

Acquiring one or more Mark VIs could help Ukraine accelerate the rebuilding of its navy. Russian forces captured or sank almost all of Ukraine's ships during the invasion of Crimea back in 2014. A naval clash four years later resulted in Russia capturing a Ukrainian navy tugboat and two locally-made Gyurza-M-class gunboats.

The Mark VI possesses capabilities that Ukraine's existing boats don't have. But Russian ships in the waters surrounding Ukraine outgun even the Mark VI.

Still, the American boat represents an upgrade for Ukraine. The Mark VI is heavily armed and boasts the latest electronics.

The U.S. Navy acquired an initial dozen Mark VIs to replace older gunboats such as its Riverine Command Boats. Compared to the RCB, "the Mark VI is in another league all together," David Larter explained in a story for Defense News. The Mark VI with its 10-person crew packs four .50-caliber machine guns and two 25-millimeter cannons.

"We've demonstrated that we can sustain a firefight for 45 minutes in the Mark VI," Senior Chief Derrick Cox, a riverine trainer, told Larter.

"The new Mark VI has a communications suite that well exceeds that of the RCB," Larter added. "The new boat can connect with the fleet via Link 16; it also has high- and ultrahigh-frequency and satellite comms so shore side controllers won’t lose track of the boat, as happened during the Farsi Island incident. The 85-foot boat has a top speed of more than 40 knots and a range of up to 500 miles."

After the Russian annexation of Crimea, Ukraine was left with just one large warship – the 404-foot-long frigate Hetman Sahaydachniy – plus a few dozen smaller boats. Hopelessly outgunned by the much larger Russian navy, the Ukrainian navy hurriedly launched production of the 75-feet-long Gyurza-M-class gunboats. Kyiv plans to build 20 of the boats but, as of 2020, has completed just seven.

While the Mark VI is bigger and more powerful than a Gyurza-M is, there's little reason to believe the American-made boat would fare better in a clash with Russian forces similar to that near the Kerch Strait in November 2018, to say nothing of the Mark VI's chances during a major war, the report reads.

Where Ukraine in total operates just one aging frigate and fewer than a dozen gunboats, Russia's Black Sea fleet alone possesses a cruiser, a destroyer, five frigates and seven submarines, not to mention a couple of dozen patrol boats.

If you see a spelling error on our site, select it and press Ctrl+Enter
Tags:RussiaUSARussianAggressionlethalaidpatrolboats